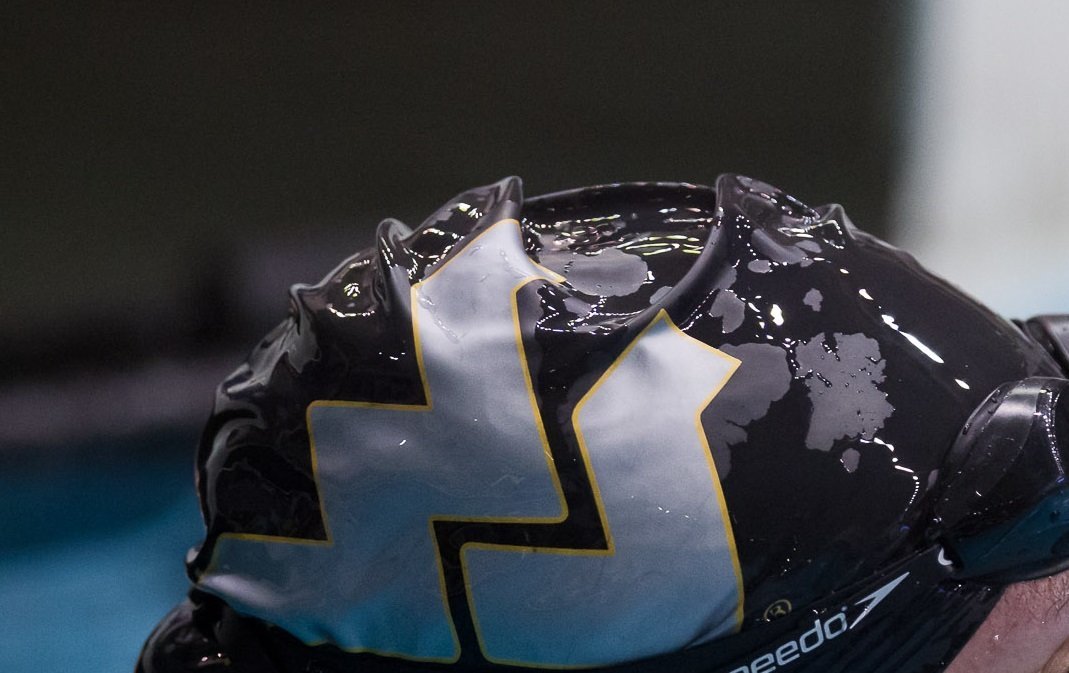 West Virginia defeated TCU handily on both the men's and women's side on Senior Day. Stock photo via Tim Binning/TheSwimPictures.com

The West Virginia men and women both cruised to big wins over TCU at home on Saturday, sending their seniors out on a high note as it was Senior Day for the Mountaineers, marking their last home dual of the season.

Senior Emma Skelley and freshman Morgan Bullock were their top performers, claiming three individual events apiece. Skelley won the 200, 500 and 1000 freestyle, while Bullock took the top spot in the 100 fly, 200 fly and 200 IM.

Along with those two, three others picked up two wins. Junior Amelie Currat came out on top in the 50 free and 200 back, and sophomores Emma Harris (100 breast, 200 breast) and Julia Calcut (1 meter dive, 3 meter dive) picked up two victories as well.

Micaela Roemer picked up TCU’s only win of the night, winning the 100 free in a 1-2 finish with teammate Claire Munster. Another highlight was Elise Forzley earning two runner-up finishes in the 200 back and 200 IM.

Harris, Currat and Bullock also added relay wins, as West Virginia started the meet off with a close win in the 200 medley relay, concluding with a five second triumph in the 400 free relay.

The Mountaineer men were also fairly dominant over TCU, winning 10 of 16 events including five 1-2-3 finishes.

Sophomore Merwane Elmerini earned two wins for West Virginia in the 50 free and 100 free, as did junior diver Alex Obendorf.

Other than that, WVU’s wins were widespread throughout the team, with emphatic victories coming from James Koval in the 1000 free, Ryan Kelly in the 200 free, and Jack Frazier in the 100 fly.

Despite the loss, there were many bright spots for TCU in this matchup, with freshman Radu Duican being the top performer. He won both the 100 and 200 backstroke events, and also led off the TCU medley relay that started the meet off with a tight victory.

Tommy Thach led a 1-2-3 finish for the Horned Frogs in the 200 IM, and John Remetta combined with Migs Martin for a 1-2 finish in the 200 breast. 200 IM runner-up Carlos Hunnicutt also earned an individual win in the 200 fly.

After TCU opened with the medley relay win, WVU closed strong with a 1-2 finish in the 400 free relay.

MORGANTOWN, W. Va. — The TCU swimming and diving teams fell to West Virginia in a Big 12 dual meet at the WVU Natatorium on Saturday.The men’s team lost 184-116, while the women’s squad was defeated 221-89. With Saturday’s loss, the women move to 4-1 all time against the Mountaineers.

The Races
Freshman Radu Duican had a meet to remember as he posted three victories for the Horned Frogs. Duican’s first win came in the 200 medley relay with junior Jakub Swierczynksi, junior Matt Spallas and senior Garrett Hills combining for the win at 1:33.40. Duican went on to top the podium again in the 100-yard backstroke with a time of 51.21 before rounding out the day with a win in the 200-yard backstroke at 1:52.86.

On the women’s side, sophomore Micaela Roemer and freshman Claire Munster combined for a 1-2 finish in the 100-yard freestyle. Roemer logged a first-place time of 54.28, while Munster clocked in at 54.41.

Freshman Elise Forzley earned two second-place finishes in her events on Saturday. She placed second in the 200-yard backstroke at 2:05.70 before taking home silver in the 200-yard IM at 2:09.98.

Also placing second for the women’s squad throughout the meet was freshman Nicqueline Rettberg in the 500-yard freestyle, senior Ashley Dyke in the 200-yard breaststroke, junior Devin Newton in the 100-yard breaststroke, and freshman Hannah Burt in the 200-yard freestyle.
The Frogs will hit the pool again on Jan. 27 as they host North Texas at the University Recreation Center at 6 p.m.