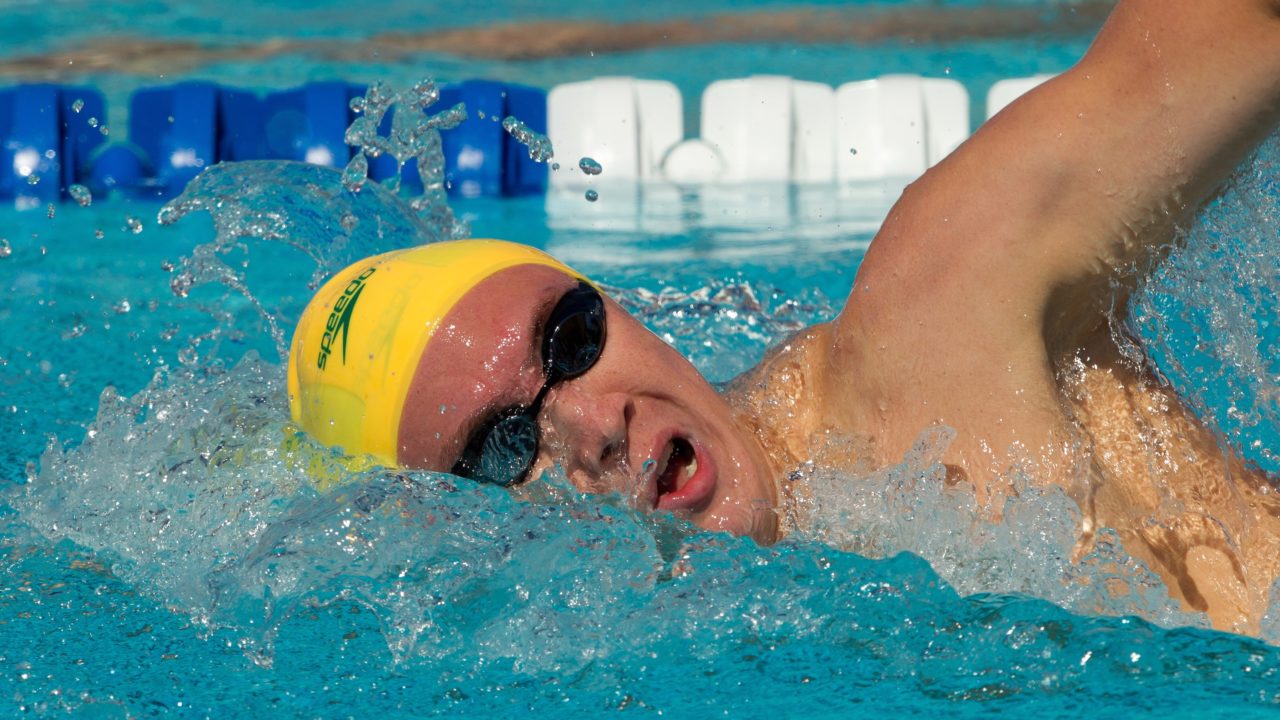 The 2012 FINA World Cup Series continued in Singapore this weekend.

The 2012 FINA World Cup Series continued in Singapore this weekend.

Katinka Hosszu won half of her events the first day, a low percentage for her at these World Cup meets. Her teammate, Zsuzsanna Jakabos pulled off an upset in the 200 IM, going 2:06.41 to beat her countrywoman’s 2:06.78 by less than half a second. The two have been very close throughout the entire circuit with Hosszu usually getting the upper hand.

In the 200 back she was third in a time of 2:04.93. Melissa Ingram of New Zealand won that event in 2:04.9 and Germany’s Jenny Mensing was second in 2:05.74. That being said, the number of victories Hosszu has racked up on this circuit put her well ahead of the pack, so the two wins she did record–in the 200 and 800 free–are more than enough to keep her at the top of the standings.

Another Trojan swimmer picked up a win in Singapore Saturday. Breaststroker Jessica Hardy, who’s proving on this circuit that despite not making the Olympic team she still has ample ability to be a real player in the sprint breaststrokes, won in a time of 1:05.58. She was only a couple tenths ahead of Australia’s Sarah Katsoulis, who went 1:05.77.

Hardy took third in the 50 free in a time of 24.77. Germany’s Britta Steffen, who struggled out of the gate on this circuit has really found her footing here at the end and won the event in a time 24.10. Denmark’s Jeanette Ottesen Gray was second in 24.59.

On the men’s side, Sean Mahoney was a big player for the U.S., winning the 200 breast in a time of 2:06.17. Australia’s Christian Sprenger and Jeremy Meyer took second and third in one of only a handful of events that their country did not win Saturday.

The meet started off with a victory from Tom D’Orsogna in the 100 free, who led a 1-2 sweep in that event,  teammate Cameron McEvoy finishing right behind him. South Africa’s Darian Townsend, who won the 400 IM later in the day, was third.

Though they fell in the 200 breast, the Australians picked up a breaststroke victory in the 50 when Christian Sprenger beat New Zealand’s Glenn Snyder by just five one-hundredths in a time of 26.69.

Russian backstroker Stainslav Donnets wasn’t about to give up his signature event, and he won the 100 back in a time of 49.82. Australians Robert Hurley and Ashley Delaney were close behind him, but Donnets was the only swimmer to break 50.

But Hurley and teammate Kenneth To came out on top in the final two events of the day, winning the 400 free and 100 IM.