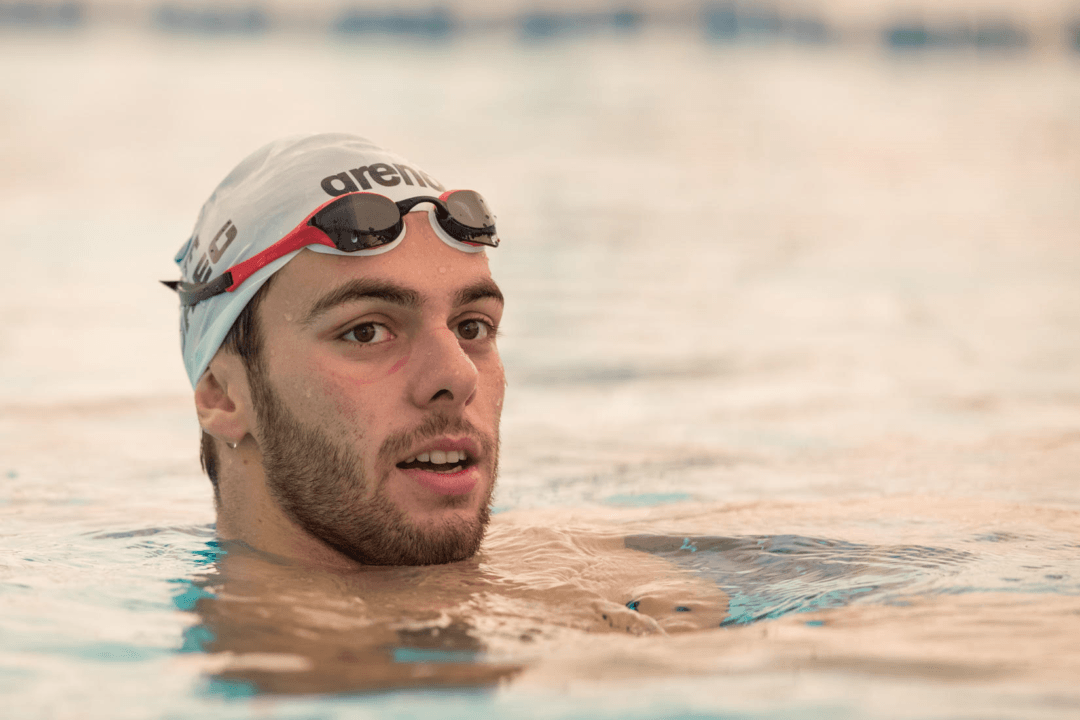 Watch as Gregorio Paltrinieri explains how he warms up for open water swimming. Archive photo via “Rafael/Domeyko Photography”

Below, check out a video via FINA on youtube on how to warm-up for an open water race.

The video includes Italian Gregorio Paltrinieri, who has recently branched out into open water swimming after finding international success over the past number of years in the pool. Paltrinieri is the two-time defending World Champion in the 1500 freestyle, the reigning Olympic gold medalist in the event, and the three-time defending European champion. The 23-year-old emphasizes warming up the shoulders prior to training or competition.

Sharon van Rouwendaal of the Netherlands is also featured in the video, who shows off some of her pre-workout exercises with a band. van Rouwendaal was the 2016 Olympic champion in the 10 km Marathon swim, and has four additional World Championship medals in Open Water.

If I get one of those bands do you think I could be half as fast as Sharon? She is a boss.

Wait so do they not warm up in water?

At a lot of open water venues you do not have access to the water before the race begins. At some races, even if you have access, weather or water conditions might be such that you would get too cold between the warm up and the start of the race to make warming up in the water worthwhile.