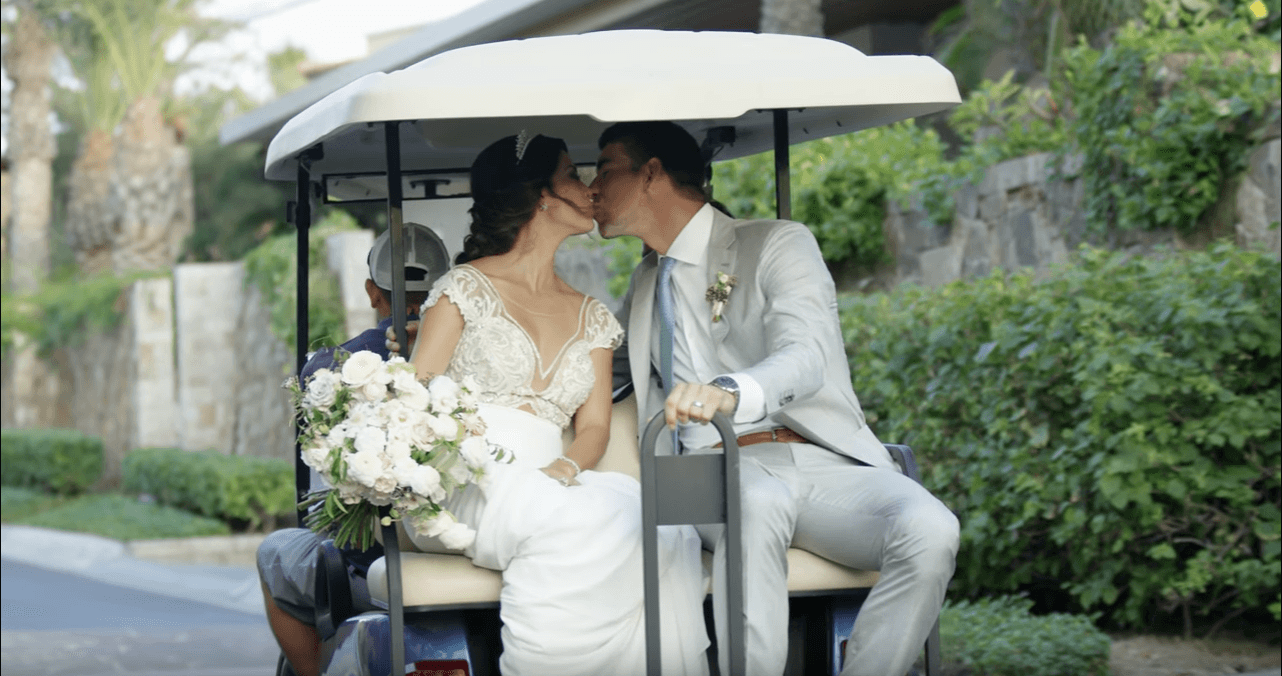 The official wedding video for Michael Phelps and Nicole Johnson‘s low-key wedding is anything but low-key. The 31-year old, recently-retired,... Current photo via YouTube/Brides

The 18-year-old Popovici posted a time of 3:43.00, shaving more than three seconds off his previous best to edge 17-year-old Vlad Stancu.

The official wedding video for Michael Phelps and Nicole Johnson‘s low-key wedding is anything but low-key. The 31-year old, recently-retired, 23-time Olympic champion Phelps; and the former Miss California Johnson, were married in an unannounced ceremony in Cabo San Lucas, Mexico on October 29th. Now, almost 2 months later, the official 52-second wedding video has been posted by Brides on YouTube.

The song is called “Hiding (Hyraxe Remix) by San Holo, ft. The Nicholas. Photography was done by Boone Studios, and videography was done by Taylor Chien. Johnson’s wedding dress was designed by Julie Vino, and the bridesmai dresses were by Vow to be Chic.

The couple met at the 2007 ESPY awards, broke up in 2012, and reunited before getting engaged in February 2015. They had a son, Boomer Robert Phelps, together on May 5th before getting married.

Phelps swears that unlike his last retirement, he’s officially done now. Since leaving the pool, he’s appeared on celebrity television show Lip Sync Battles, been awarded a lifetime achievement award by Sports Illustrated, and started exploring the world of investing in tech startups.

Phelps retired after the 2012 Olympics, but two years later returned, saying that he felt like he had more that he wanted to accomplish in the sport. After a tumultuous start to his return to competition, Phelps roared into Rio in 2016 in the best shape he’d been in since his legendary 8 gold 2008 performance. He won 5 golds and a silver in his swan song before finally retiring, in his words ‘for good,’ this fall.

Anyone get his splits on the ring exchange?

should have been john legend all of me tiesto remix in the backgroud like when he got engaged.

Best of luck to Michael in his retirement, you have done a wonderful job

Great pump up video! I’m so ready to swim Fast!