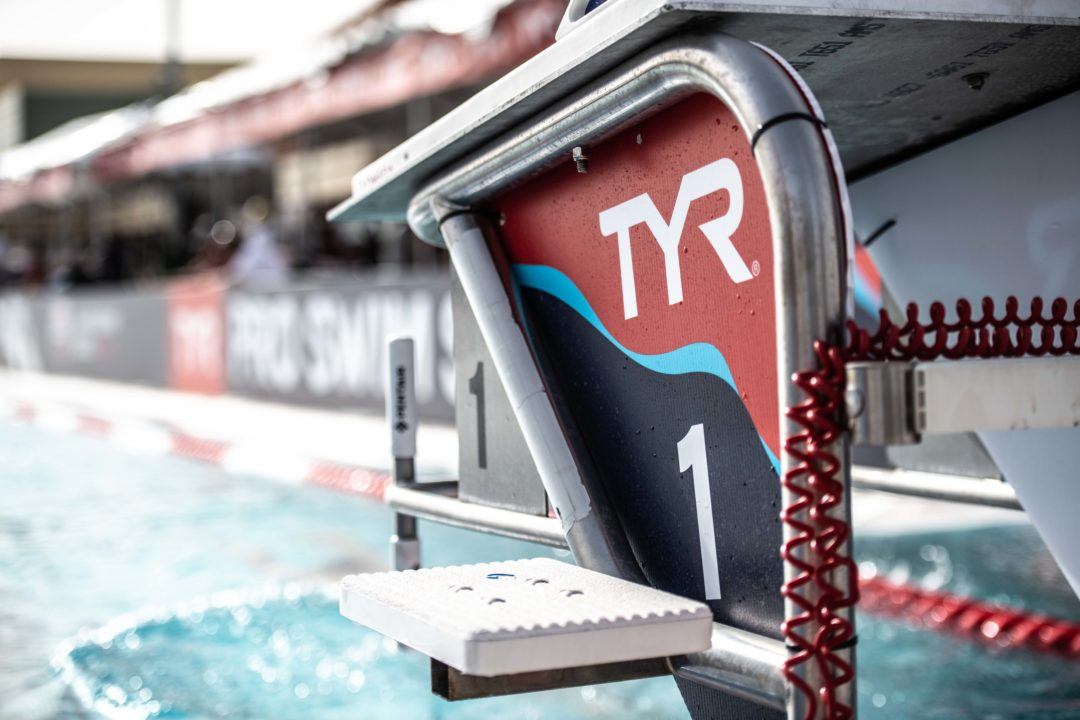 Along with the TYR Pro Derby, there was also a 12 & under competition. Stock photo via Mike Lewis/Ola Vista Photography

In addition to the pro men and women events held at the TYR Pro Derby over the weekend, there was also a 12 & under category for both boys and girls. The format saw three 50 freestyle rounds where eight swimmers dropped to six, and ultimately four in the final round.

Below, watch the race videos of the finals races for the age groupers: