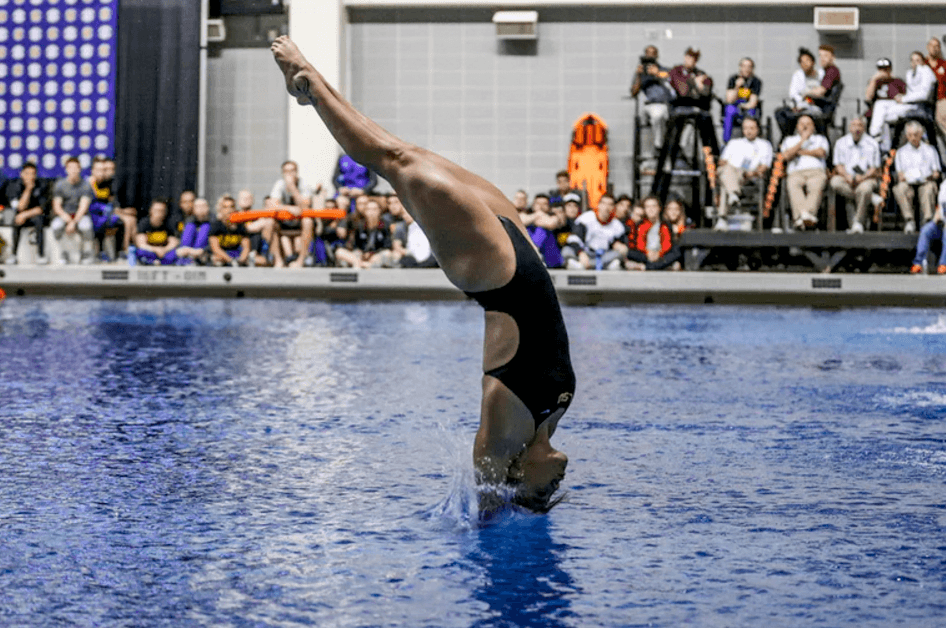 In leading the Seahawks to three wins in Iona Quad on Sunday Warning set a new Wagner school record in the 3-meter diving event with a score of 256.50 points and won both diving events on the day, as the Seahawks earned wins over St. Francis Brooklyn, Sacred Heart and Iona.

The transfer won the 1-meter competition with 231.05 points ahead of seniors Sam Lavrich (Audubon, PA / Methacton) and Grace Solipaca (Philadelphia, PA / Bishop Eustace) for her first victory of the day.

Warning then set the Seahawk school record on the 3-meter board, beating the previous mark set by Erica Curry (254.40) in 2016 by 2.10 points in also setting a new meet record in the process. Lavrich and Solipaca once again finished second and third, completing a Green and White sweep on the boards.

For Warning, it is her first conference honor of her young Seahawk career and first weekly honor for the Green and White since Anu Nihipali won the award in January.

Additionally, freshman Wyeth Spike (Portland, ME / Casco Bay) was named an NEC Prime Performer, as the first-year Seahawk continued her strong start to the season with two victories and two meet records. In the 200 IM, Spike set a meet record with a 2:10.25, while winning the 200 Back in 2:06.28, beating the previous meet record (2:09.63) by more than three seconds.

Wagner returns to the action this weekend, as the Seahawks travel to Loretto, PA, to take on fellow NEC opponent Saint Francis U on Saturday, October 28, starting at 11:00 AM.