Vrooman, Grothe Get It Done At Oklahoma Pro-Am 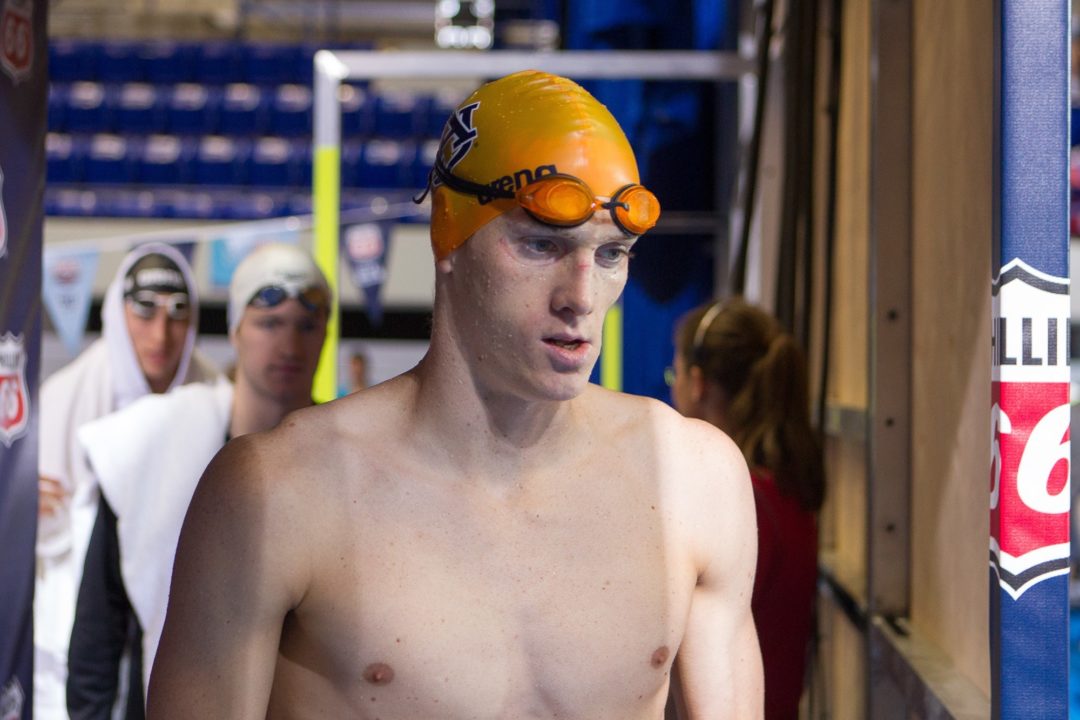 The NCAA has released a statement on the Gonzalez-Cleaver bill, which will allow student-athletes to profit off of their name, image, and likeness if passed.

Night one was light on the number of events, but heavy on the action, as the men’s and women’s 200y medley and 800y freestyle relays were contested, along with the individual 1000y freestyle event.

The Razorback Aquatic Club women scored the meet’s first win, as the combination of Luciana Thomas, Olivia Keith, Caroline Stelte and Martina Thomas touched in a collective time of 1:47.53 to top the podium in the women’s 200 medley relay. They were able to beat the competition by almost 5 full seconds, as American Energy claimed 2nd in 1:52.71 and North Central Arkansas wound up 3rd in 1:54.28. Splits for the winning women were as follows: Thomas 27.11, Keith 36.75, Stelte 20.46, Thomas 23.21.

On the men’s side, USA National Teamer Zane Grothe muscled his way to the top of the podium with an impressive time of 8:48.01. Grothe’s time marked his fastest since 2013 when he swam a time of 9:12.72 and, as such, Grothe earned his first sub-9:00 time with his outing in Oklahoma.