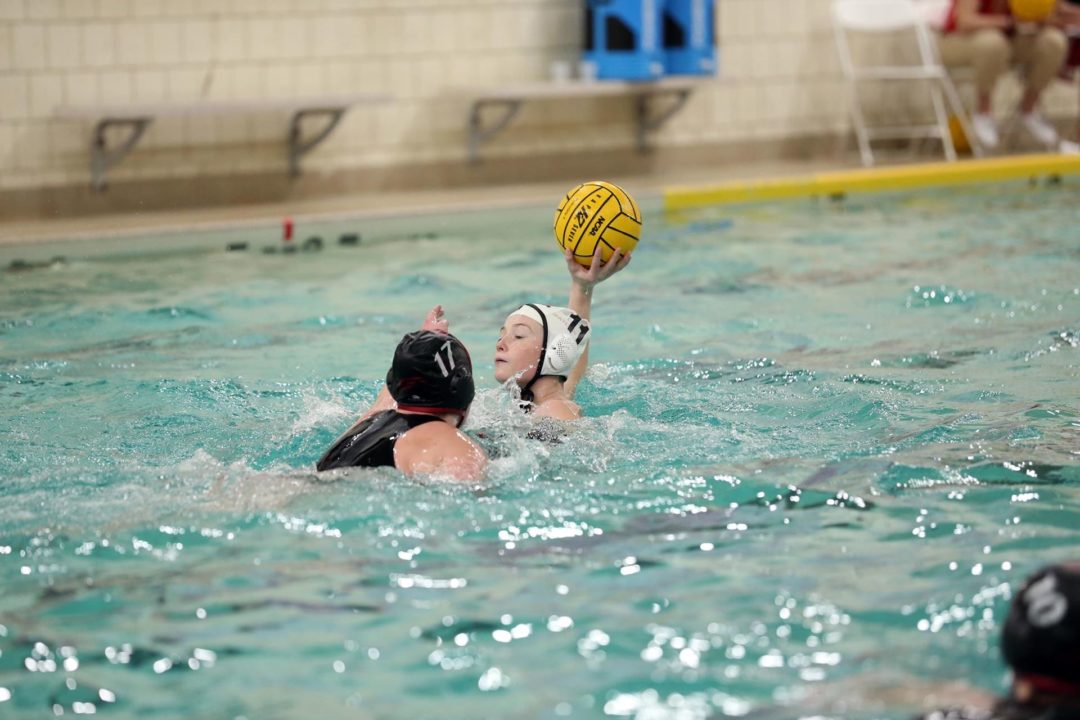 The VMI women’s water polo team dropped its first match of the 2021 season Saturday to Salem University (W. Va.) 18-10 in a match played at the Villanova. Current photo via Martin Santek

The Keydets opened the day with a scrimmage against the host school. The Wildcats won 15-12 but Genevieve Petrassi had a hat trick, and Makenna Moore and Sydney Shettleroe each had two goals and two assists. Maddie Berry scored twice and Catherine Ahumada had two assists.

Shettleroe filled several statistical columns against Salem, posting four goals, one assist and four steals.  Petrassi had three goals, one assist and three steals and Catherine Ahumada scored a goal to go with two assists. Berry and Kiara Anguiano each found the back of the cage as well.

Annefleur Ten Bloemendal and Heather Lock each had four goals for the Tigers.