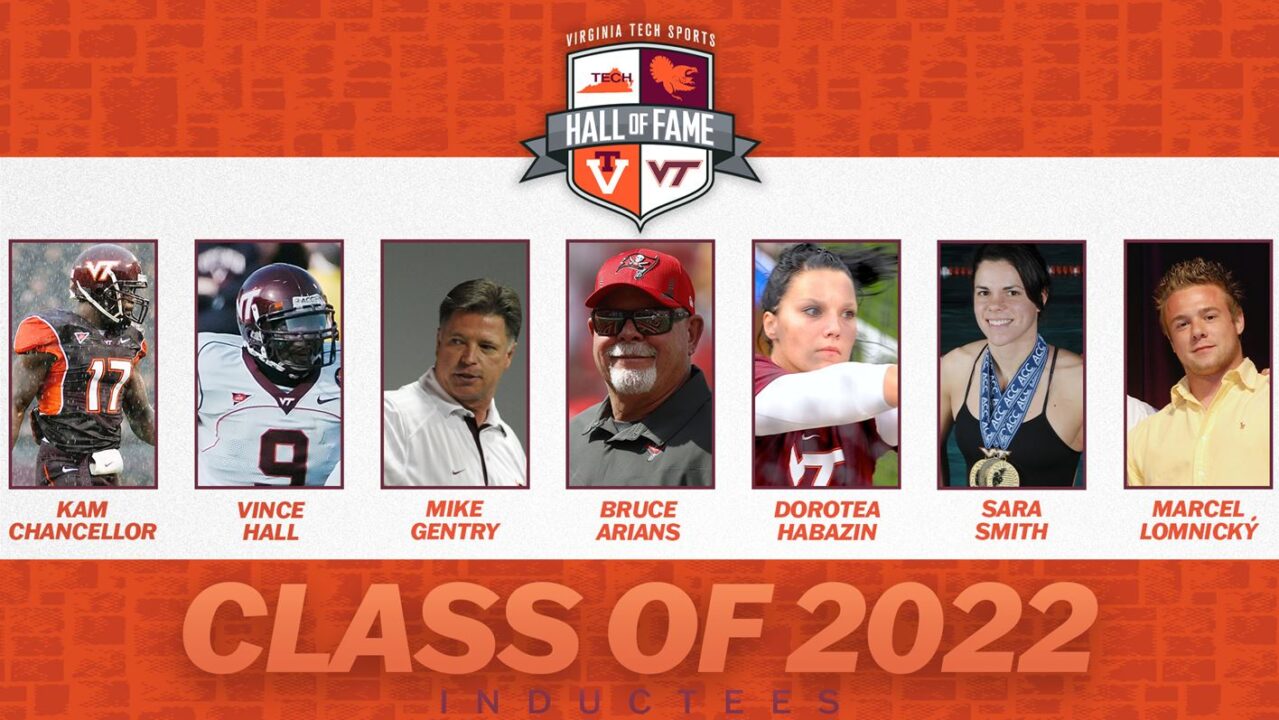 Among the inductees is swimmer Sara Smith, a six-time ACC champion that earned All-American honors in 2007. Current photo via Virginia Tech Athletics

BLACKSBURG — The Virginia Tech Sports Hall of Fame continues to grow in prestige and tradition, as a pair of NCAA champions and two Super Bowl champions, along with multiple ACC title holders, were selected as part of the seven-member 2022 class.

The 2022 class of inductees includes:

Bruce Arians, a former Virginia Tech quarterback (1971-74) with over eight years of head coaching experience in the NFL. In 2021, he lifted the Lombardi Trophy with the Tampa Bay Buccaneers.

Kam Chancellor, a two-time ACC champion that recorded 208 total tackles in his Virginia Tech career. Chancellor went on to be a Super Bowl champion and two-time All-Pro player.

Mike Gentry, a staple in the growth of Virginia Tech football as the strength and conditioning coach. The 29-year servant of the athletics department became a member of the USA Strength and Conditioning Coach Hall of Fame in 2010.

Dorotea Habazin, a three-time All-American that was the second woman to ever win a national championship at Virginia Tech. Habazin claimed four ACC titles in her career, including three in the hammer throw and one in the weight throw.

Vince Hall, a four-year starter that holds the Virginia Tech record for consecutive games started (44). Hall was the 2006 recipient of the Dudley Award, which recognizes the top college football player in Virginia.

Marcel Lomnický, one of the most accomplished Virginia Tech athletes ever with two national championships and three appearances in the Olympics. Lomnicky became the third Hokie to win multiple NCAA titles in 2012 with his weight throw championship.

Sara Smith, a six-time ACC champion that earned All-American honors in 2007. Smith was also named the 2008 ACC Swimming and Diving Scholar-Athlete of the Year.