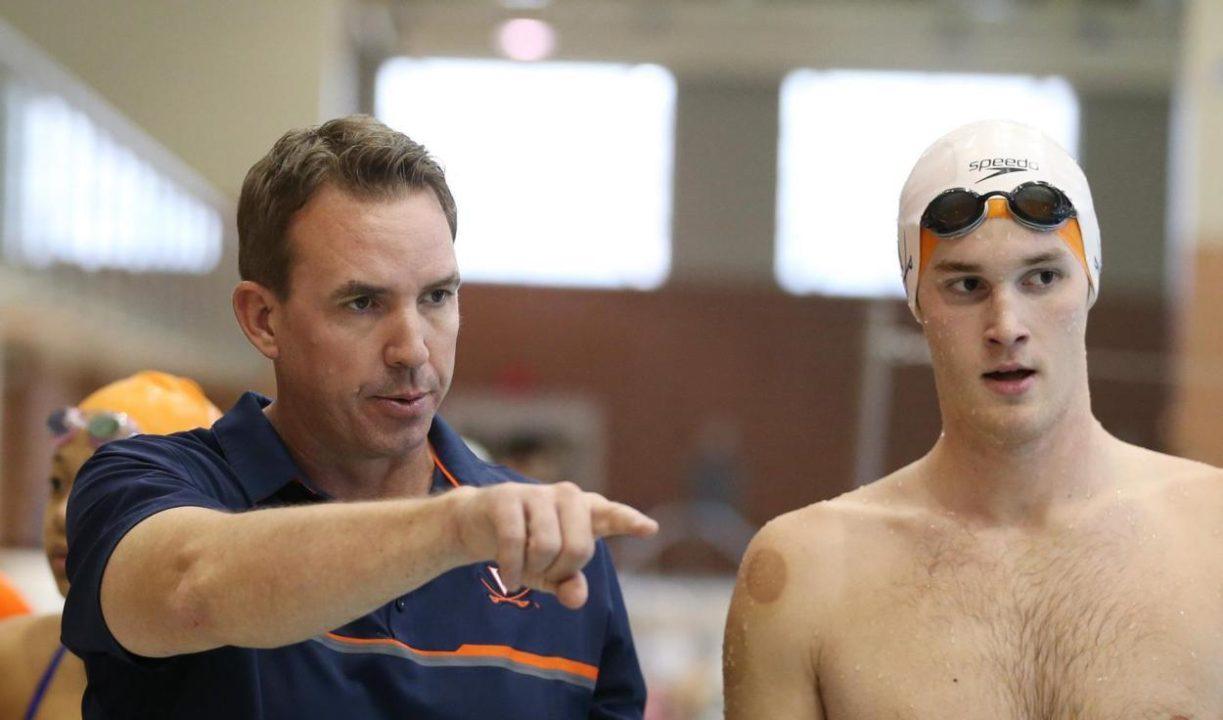 Virginia head swimming and diving coach Augie Busch has announced that 14 student-athletes have signed National Letters of Intent to join the Cavaliers in the Fall of 2017.

“I am so excited to welcome this group of individuals to our program at UVA,” Busch said. “This was such a fun recruiting season and I give so much credit to my staff and team for their efforts in helping form this strong class. These young men and women are all top-notch students, athletes and people who will add so much value in so many ways to our university and team. As a unit, they will fill a lot of holes for us athletically. We will lean on them immediately to make impacts in almost every area. There is sure to be amazing things coming from these individuals in the near future and we can’t wait to help guide them along the path of reaching their awesome potential.”

“We are very excited to have attracted Keefer to UVA over some of the nation’s top programs. He has raw power you hope to see in a breaststroker, but is still able to swim a nice 200 and has some IM potential as well. He will very quickly add great depth to a young and talented breaststroke unit. We look forward to watching him continue to develop here on our men’s team.” – Busch

“Dylan was our first men’s commit in this process and we were so happy to receive it. Dylan has already shown his potential by winning NCSA’s this summer. When you watch him swim, it’s hard to find a weakness in any of the four strokes. He loves the sport and it shows in his training and racing. He will join a young, but talented IM crew and will undoubtedly make his mark immediately.” – Busch

“Along with Keefer, Matt is set to add talent and depth to our breaststroke group. Matt’s excitement about our team and program was evident from the start which in turn made us very excited about him. He has a beautiful stroke, untapped IM potential and a great attitude that is all about team. The team and coaches loved him from the very beginning of the process. We are so enthusiastic about what he will bring to the table here at UVA.” – Busch

“Edward is a former football player who not long ago made a full commitment to swimming. The speed he has already shown in a short period of time is very impressive. His size, athleticism and explosiveness are gifts that will surely add significant firepower to our sprint relays. We’re so excited he chose to join our program.” – Busch

“Sam’s talent absolutely jumps out when you watch him swim. He is such a gifted freestyler who will come in and make relay impacts immediately. It was so fun getting to know him during this process. My staff and I could not have been more impressed with his attitude and personality. We can’t wait for Sam to get to Grounds and start his UVA career.” – Busch

“Cooper is a tall guy who can really move underwater, which is a great combination for his specialties, butterfly and backstroke. The excitement he showed about our program from the start made it very fun to recruit him. He is all about UVA and is eager to make his mark, which I know he will do very quickly.” – Busch

“We are so excited Erin decided to join us. She swims a variety of events well, particularly in the middle-distance range. I think someday she will develop into a very capable relay candidate. She will add needed depth to our backstroke and middle distance freestyle sectors. We’re so pumped to get to work with her.” – Busch

“Paige is going to come in as a first-year and make huge impacts. Her talent reveals itself quickly in her kicking ability and she is also blessed with a tremendous aerobic capacity. I have been very impressed with her in every way throughout this process. She will fit very well with this group of women and I believe will have tremendous success here.” – Busch

“Marcie can come in and make a difference for us, particularly in backstroke. She has great size and length, which obviously bode well at the next level. She has been such a pleasure to get to know during this process and I am confident her personality will add great value to our team dynamic. We cannot wait to have Marcie on Grounds to help her realize her awesome potential.” – Busch

“Anna is a remarkable talent who can do special things at the next level. She is just scratching the surface with what she will accomplish in the sport. Her drive and determination come through quickly when spending time with her. Coupled with God-given explosiveness and impeccable sprint technique, she will be poised to impact our ‘A’ relays from the start. We are excited for her to come and be a part of the program for the next four years.” – Busch

“Jocelyn will be a great addition for our women’s squad. She is quick, strong and has great lines. She’s already achieved much success at the national level and should make an immediate impact for us.” – UVA head diving coach Jason Glorius

“Abby was our first women’s commitment back in the spring and we were so delighted when it happened. She will come in and battle for ‘A’ relay spots immediately. She has great length and great ability underwater which is an awesome combination. What has been the most fun in recruiting her is the attitude and spirit she has about life in general. She is truly a joy to be around. Equally good is her approach to swimming – full of competitiveness, eagerness to learn and wants to be a great teammate.” – Busch

“Emma has great versatility and a freestyle potential that is untapped but significant. I have no doubt she will absolutely shine at the college level. She is a great fit for UVA in many ways, and her personality and attitude exude unselfishness. She is excited to be a part of our program and we’re equally excited to have her.” – Busch

“Kyla is a very talented swimmer and even better person. She has range from the 50-500 freestyle, and will likely be a mainstay on our free relays from the very beginning. Since signing, she has already swum incredibly fast, which further confirms her capabilities and the instant mark she’ll make on our team. Her positive nature and unselfish attitude are so refreshing to be around, and it makes me confident we have a great future teammate in Kyla.” – Busch