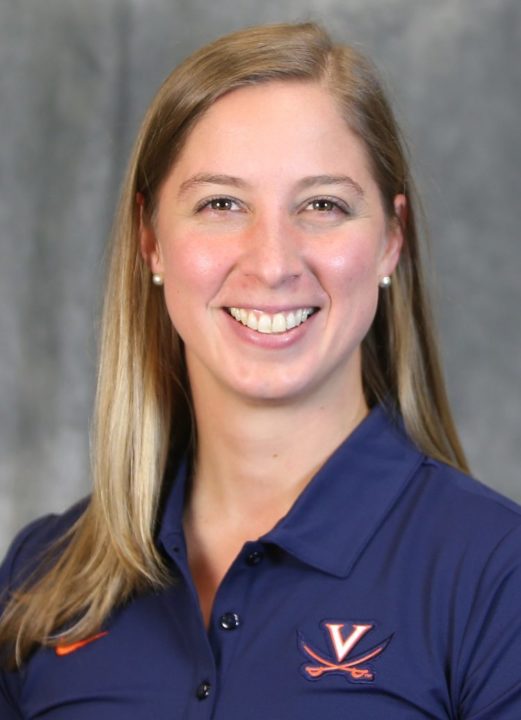 Kerry Smith will bring the Virginia Cavaliers back up to a full staff.

The Virginia Cavaliers, who have seen an entire overhaul of their coaching staff since head coach Augie Busch took over for Mark Bernardino this summer, have hired Kerry Smith as an assistant coach, which brings them back up to a full staff.

“We are very excited to have Kerry join our staff here at UVa,” Augie Busch said. “She is a positive-natured, energetic, enthusiastic person who has an inherent ability to see potential before seeing limitations. She showed tremendous dedication to maximize her swimming in college and professionally she has left an indelible mark wherever she has been. She loves coaching and is all about helping take this program to the highest echelon of college swimming. We cannot wait to work with her on a daily basis.”

Before her time at Wingate, Smith was also an assistant at Truman State, another Division II program, was the head coach at the Academy of Notre Dame de Namur in Pennsylvania, and was a 2005 graduate and captain for Penn State. She was on the team when Penn State won Big Ten titles as both a freshman and a senior.

Smith is the only coach on this staff that doesn’t have an obvious previous link to the head coach Augie Busch in his previous coaching tenures.

I had the pleasure of coaching with Kerry on a club team. She has swim wisdom earned through years as a gritty competitor with some sound coaching guidance. Congrats to Kerry and UVa.

Congratulations to Ms. Smith on her new role.

The press release mentions she “doesn’t have an obvious previous link to the head coach Augie Busch in his previous coaching tenures,” which is good for her. Rumor in the twitter/fb universe is that Prince Joffrey Busch and his merry band of frat boy male coaches went on a bender during their training trip and have landed themselves in the middle of a University investigation. Disciplinary action is pending.

What exactly are you talking about? Enough with the rumors.

Hey Fuel – perfect name for you. I’ll bet you are with another ACC school. Am I right? I think you are full of it.