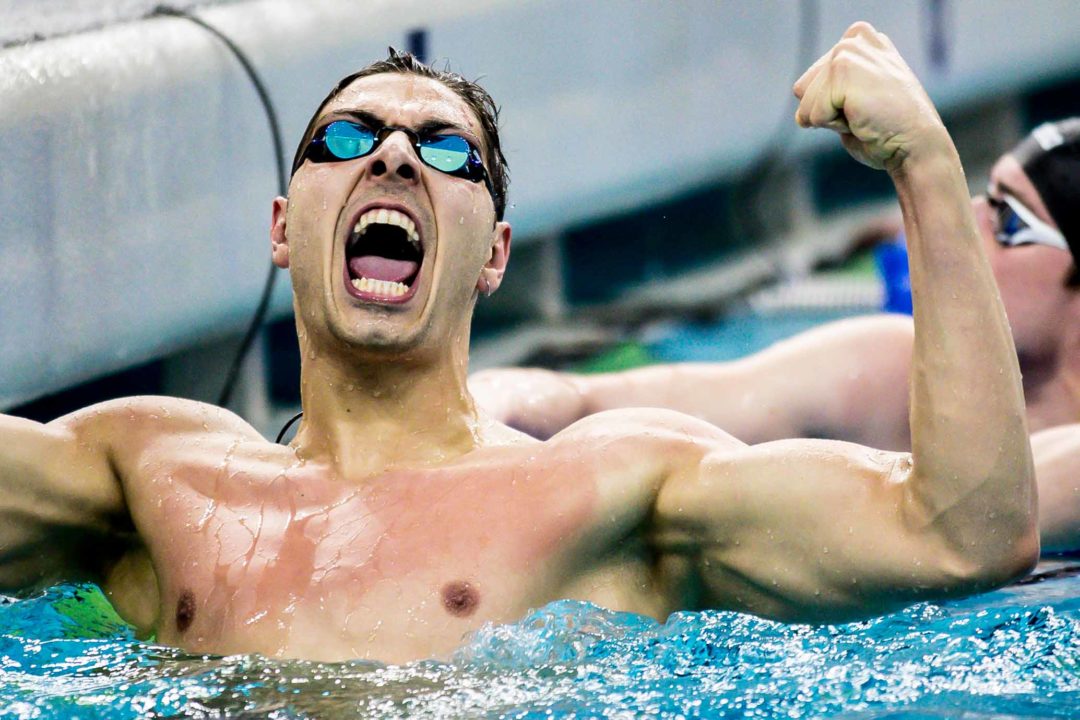 The three-time NCAA champion has been training in a lake at a family farm, even creating his own lane ropes. Archive photo via Jack Spitser/Spitser Photography

Three-time NCAA champion Vini Lanza has returned home from Indiana to be with his family in Brazil during the COVID-19 pandemic, but that doesn’t mean he’s stopped training.

Lanza, who turned 23 less than two weeks ago, has been using a lake at a family farm in Coronel Xavier Chaves, about 170 km away from his hometown of Belo Horizonte, to get some laps in while local facilities are shutdown. He and his father even built walls to turn on and makeshift lane ropes made out of fishing line and styrofoam trays.

“During this quarantine period, all the pools I use were closed,” Lanza told GloboEsporte.com, translated from Portuguese. “And, before the announcement that the Olympics would be cancelled, I was very concerned, I tried to find a way to continue training. I had this idea, I spoke with my father and we thought about taking a streak in the lagoon of the farm. And when I got there the next day, my father had already made the wall for turns.

“I’m swimming every day so I don’t lose shape and keep my physique a little.”

Lanza has been training with the Indiana Hoosiers in Bloomington since joining them as a freshman in 2015-16, and closed out his collegiate career just over a year ago by winning NCAA titles in the men’s 100 fly and 400 medley relay. Overall, he was a 21-time All-American over the course of his career at Indiana. Since graduating he has continued to train with the IU pro group.

On the international stage, Lanza was the bronze medalist in the 100 fly at the 2018 Pan Pacific Championships and added three medals (including a gold in the mixed medley relay) at the 2019 Pan Am Games. He made his World Championship debut last summer in Gwangju, placing 12th in the 100 fly while helping the Brazilian men to a sixth-place finish in the 400 medley relay.

Lanza has been documenting his swimming on his Instagram page.

Video or it didn’t happen!

Sorry – the link in the article has good pics: https://globoesporte.globo.com/olimpiadas/coronavirus/noticia/nadador-da-selecao-brasileira-monta-raia-com-linha-de-pesca-e-isopor-para-treinar-em-lagoa.ghtml

I have to see it to believe it