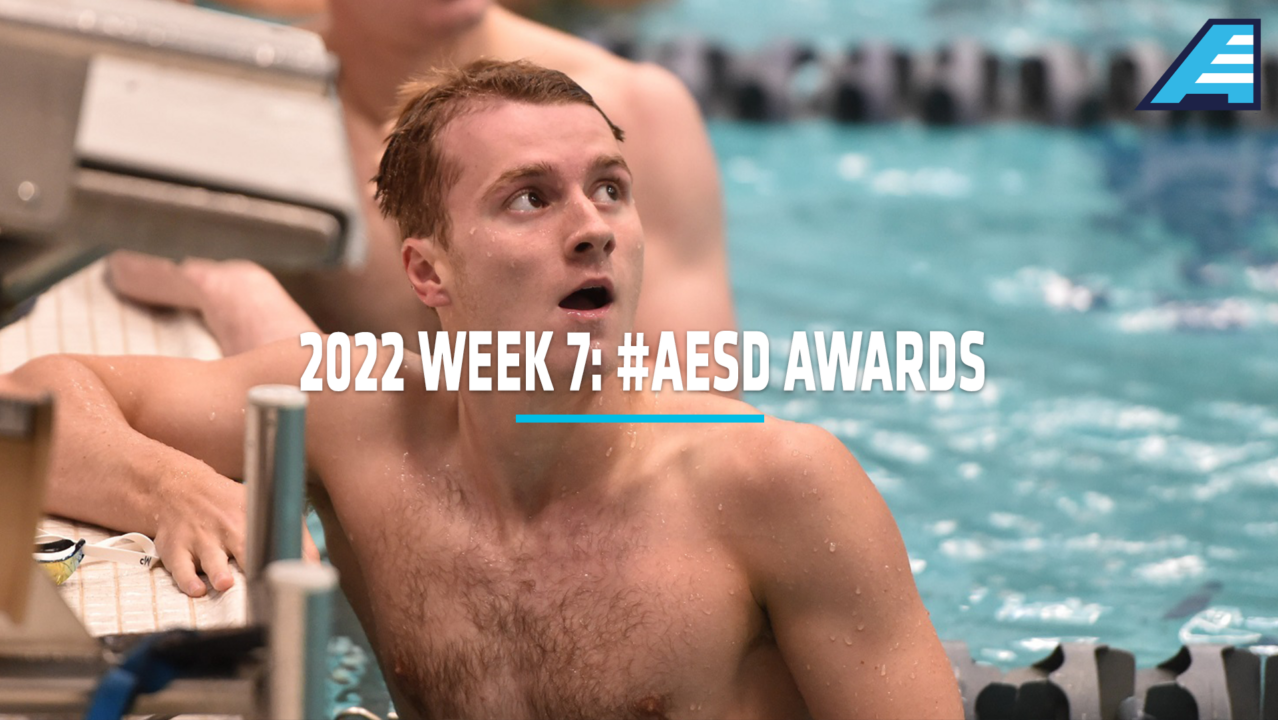 BOSTON – A weekend of dominant performances for Binghamton, Bryant, and UMBC as they all earned first place finishes in their meets. UMBC competed in the ECAC Championships where the men’s team won their second-straight title while the women’s team finished second out of 18 teams.

UNH is the sole team to compete this upcoming weekend, but will then join the other programs in a pause that extends through January 14th. These will be the last #AESD awards of the year and will return January 17th.

BOSTON – Jackie House received an America East weekly award on Tuesday, December 6 in what will be the last honors awarded during the 2022 year. House was named the Female Swimmer of the Week for the second time this season.

House receives her second America East Swimmer of the Week honor on the season, leading the Catamounts in a hard-fought dual meet against Binghamton and UMass. The Madison, Wisconsin native earned three individual first place finishes, set a pool record, and helped lead her relay team to a second place finish.

The Catamounts defeated Binghamton 200-100 but fell against UMass 178-122 while House dominated in the freestyle events claiming first in the 100, 200 and 500 free. In the 100 free she finished in a time of 51.89, a full second ahead of the next closest swimmer. In the 200 free, she blazed to a first place finish in 1:53.06 almost four seconds ahead of the field. In the 500 freestyle she claimed a Joseph R. Rogers Jr. Pool record finishing in just 4:59.46 almost five and a half seconds ahead of the next closest swimmer.

House was also a part of the 200 freestyle relay team that consisted of Autumn Bullinger, Cailin Campbell and Mina Poppas which finished in second in a time of 1:38.79.

UP NEXT
The Catamounts, along with much of the America East, will have a month break from swimming competitions with the next matchup not coming until Sunday, January 15 against Siena. That meet is scheduled to start at 1 p.m.