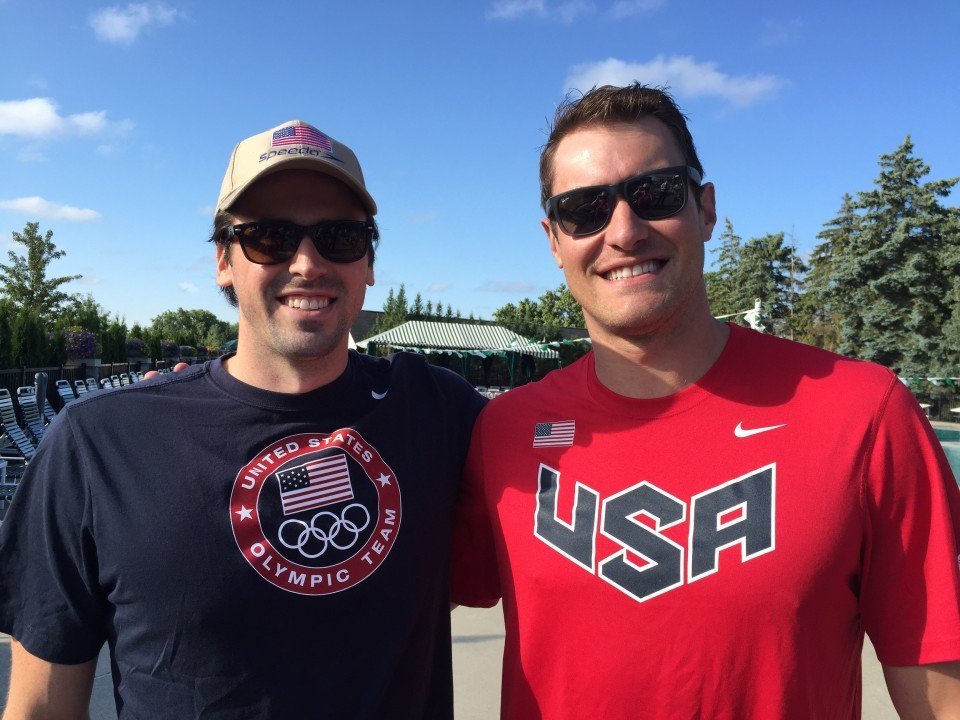 Detroit Swims is an initiative in the city of Detroit to teach children to swim and be safe in the water. Current photo via Detroit Swims

Detroit Swims is an initiative in the city of Detroit to teach children to swim and be safe in the water. In Detroit, seven out of ten children cannot swim. Minority children are three times more likely to drown. Founded by YMCA lifeguards at the Boll YMCA, Detroit Swims eliminates barriers such as transportation, the ability to pay and swimwear for each child.  The cost of the program is $100 per child and it is done in 8 lessons.

3 time Olympian Peter Vanderkaay and his family have been involved in this initiative for the past 4 years with a yearly goal to teach over 1500 children to be safe in the water.

This year Peter was joined by fellow Olympian Davis Tarwater to help raise funds for Detroit Swims 2015.  Together they helped raise over $22,000 with the 2015 Corsan Challenge. This is a donation/competition between the Michigan Inter-Club Swim Association with the winning club being awarded an in-depth swim clinic/meet and greet. The winner was Oakland Hills Country Club with long time coach, Ann Mell (photo below).

Event organizers were grateful for the help from their two Olympic associates, and reiterated how much the event can help local kids. “Thanks Pete and Davis for giving back and making a difference in the lives of so many children,” organizers said this week.

I am proud of you both to take time out of your busy schedules to teach the young children in Detroit how to swim.