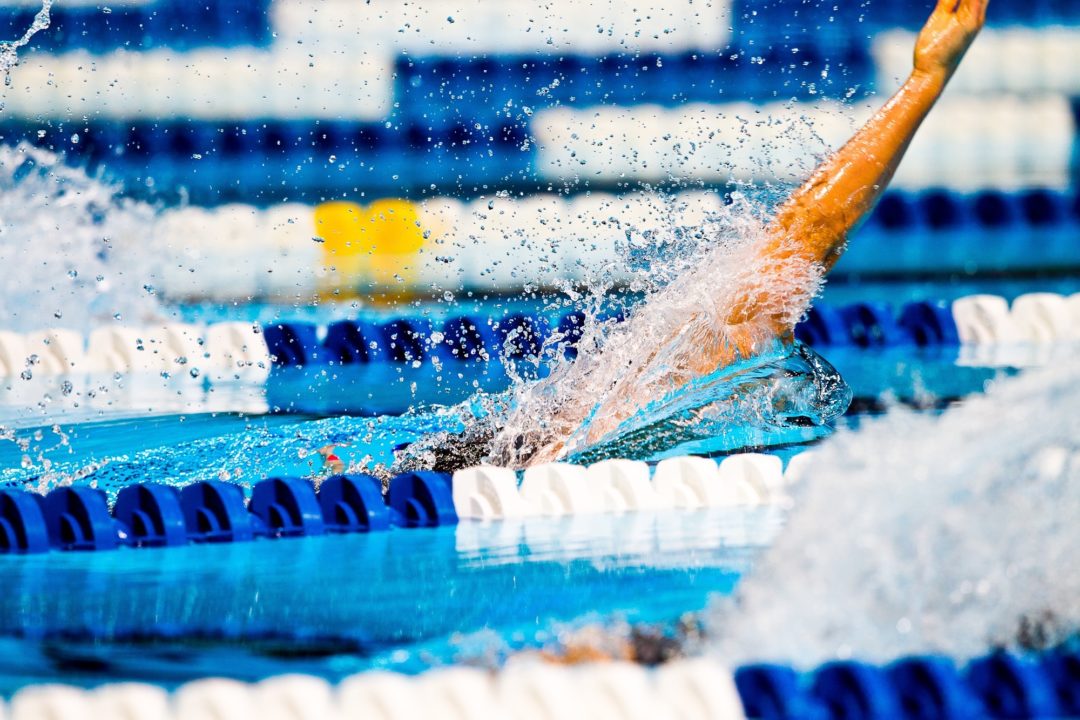 On the second night of the Russian National Championships 15 year old Daria Ustinova took the women’s 200 backstroke in a time of 2:08.02, breaking her own Junior World Record, which she set in the semi-finals.

Yesterday Ustinova put up a time of 2:09.02 to qualify for the final of the women’s 200 backstroke breaking American Kylie Stewart‘s Junior World Record of 2:09.74. It wasn’t until today though that she beat her lifetime best of 2:08.39, a time she posted in April of 2013 before the Junior World Records were recognized.

Her time now puts her in the second place position in the world rankings with only Australian Belinda Hocking having swum faster.

Morozov posted a 48.25 qualifying with the fastest time going into the final. His time puts him fifth in the world rankings and ranks him just ahead of German Paul Biedermann (48.31) as the fastest European this year.

Nikita Lobintsov recorded the second fastest qualifying swim finishing in a season’s best of 48.78 followed by Sergey Fesik who qualified third in a time of 48.85.

Veronika Popova took the women’s 100 freestyle in a time of 54.21, winning her latest battler with rival Viktoriya Andreeva who finished well behind with a time of 55.02. Margarita Nesterova finished third in a time of 55.23.

Alexander Kudashev was the fastest qualifier in the men’s 200 butterfly finishing in a time of 1:57.82 followed by Nikolay Skortsov who posted a 1:58.84.

Alexander Tikhonov was the fastest qualifier in the men’s 200 IM by almost two seconds recording a time of 2:00.63.

Vitalina Simonova is leading the way in the women’s 200 breaststroke heading into the final with a time of 2:26.61.

Arina Openysheva is from 1999… Don´t even know if she turned 15 already… good time..

He was disqualified, as of right now I am not sure of the details