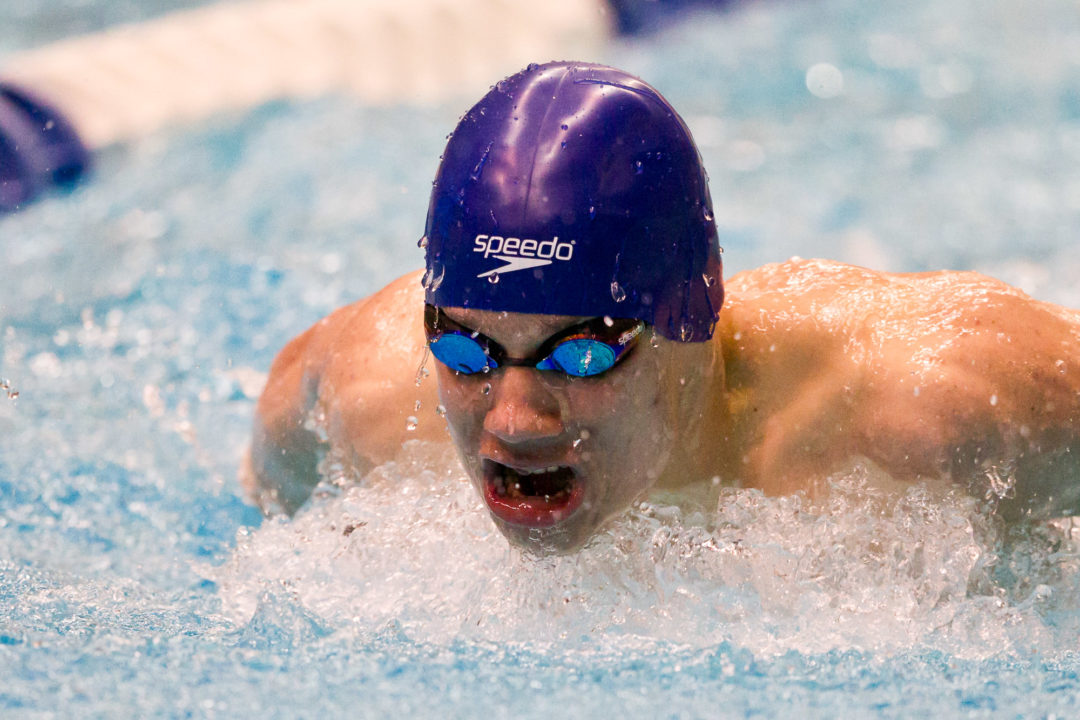 Former U.S. Junior National champ Michael Domagala has decided to represent Poland internationally, and he will make his Team Poland debut at this summer’s World Championships in Kazan, Russia.

Domagala is currently starring for the USC Trojans in the NCAA realm, and was a key contributor on Southern Cal’s NCAA champion 800 free relay this past spring.

Though he was recruited to USC out of New York City’s Regis Jesuit High, Domagala has always had a strong connection with Poland.

“Besides my parents, my entire family lives in Poland,” Domagala told SwimSwam this week. “I learned to speak Polish before I learned to speak English, so I’ve been immersed in the Polish culture my whole life.”

Domagala competed at Polish nationals last week, taking 5th in the 200 free with a 1:50.45. The 19-year-old said he found out this week he had earned a spot on the nation’s 800 free relay for this summer’s World Championships.

He’ll spend the summer training with the Polish National Team, and says he’ll compete at the Paris Open in the lead-up to Worlds.

“I am just so thrilled to be given an opportunity to take my swimming to the next level,” he said. “Representing Poland internationally has always been in the back of my mind, but this summer I am finally going to get to turn it into a reality.”