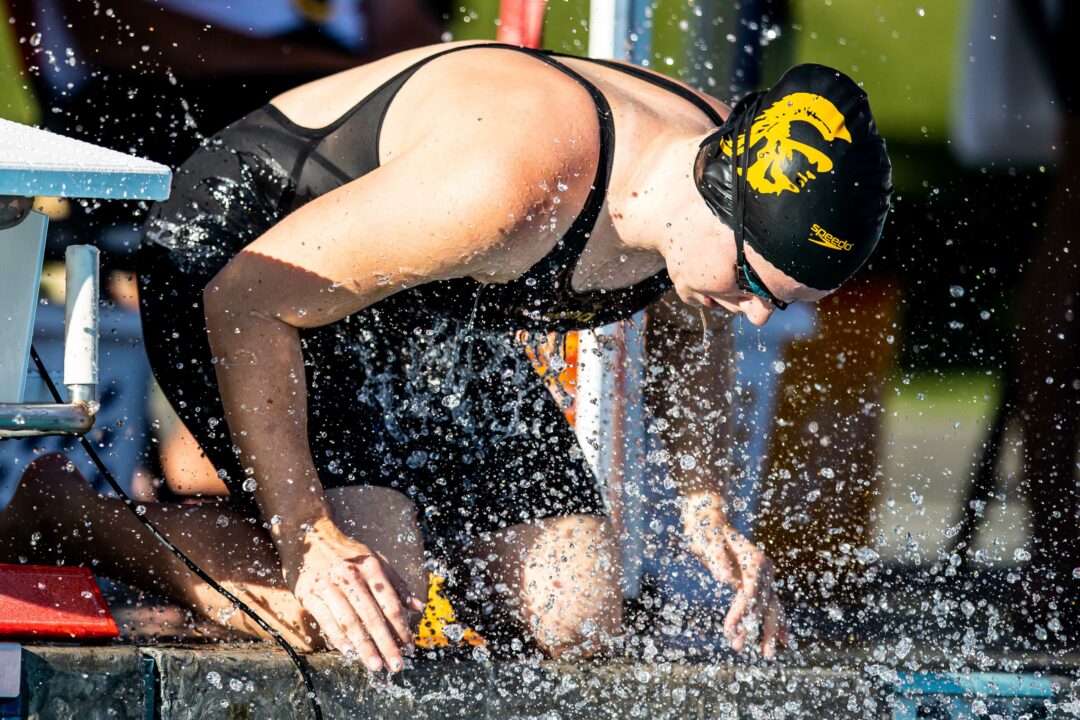 The USC men’s and women’s swimming and diving teams will take to the road for the first time this season as they face Pac-12 rivals Arizona on Friday (Nov. 5) in Tucson at 1 p.m. PT and Arizona State on Saturday (Nov. 6) in Tempe at 11 a.m. PT.

The Trojans kicked off the season at the two-day, three-session USC Swim Invitational that saw the No. 17 Women of Troy sweep all 17 events. The No. 23 ranked men also captured 12 events as numerous Trojans secured their first batch of NCAA A and B cut times.

USC then picked up their first dual meet wins of the season on Friday, Oct. 29, as the Trojans defeated UC Santa Barbara (men) and Pac-12 rival Washington State (women) at home.

The men’s and women’s squads enter this weekend 1-0 in dual meet action, while both Arizona and Arizona State enter the meet with a clean slate, having yet to face any opponents head to head this season. Similar to the Trojans, Arizona State saw both teams in the CSCAA’s Top-25 preseason rankings, as the men checked in at No. 13 and the women at No. 22.

Live results will be available on Meet Mobile.

Saturday’s meet (Nov. 6) will be streamed online at Pac-12.com/live/arizona-state-university.

During the 2021 condensed season, Li coached three divers to NCAA qualifications with sophomore’s Nike Agunbiade and George Korovin qualifying on all three boards. Stocker punched her ticket to NCAA’s after an impressive performance at the Zone E Diving Championships.

Li also Coached USC to an additional 10 championship final appearances at the Pac-12 Diving Championships. To wrap up the season, Trojan newcomer Farah Volpintesta earned Pac-12 Women’s Freshman Diver of the Year, while Li was recognized for his work, earning the 2021 Pac-12 Women’s Diving Coach of the Year award, his 12th such honor.

The No. 17 Women of Troy return all but three Trojans from their 2020-21 roster this season, including the defending two-time Pac-12 breaststroke champion Dobler.  The No. 23 USC men’s squad returns multiple All-American swimmers this season, having retained every Trojan from last year’s roster, while also welcoming nine newcomers.

After missing last season due to injury, Laticia Transom is primed for a stellar senior year comeback campaign. The 2020 Pac-12 100y and 200y free champion looks to take back her crowns this season and will likely be a force at the NCAA Championships.

Also joining the squad this season is All-American and Big Ten Champion (200 breast, 400 IM), Calypso Sheridan, who transferred to USC after three seasons spent at Northwestern where she trained under then head coach, Jeremy Kipp.