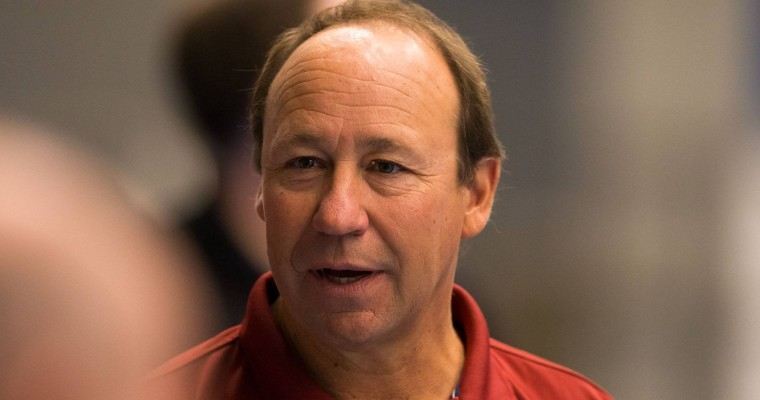 USC coach Dave Salo has swooped in at the last minute with the three best signings of his 2014 men's recruiting class. Archive photo via Tim Binning/TheSwimPictures.com

USC, while already beginning on their 2015 recruiting class, has three names to shore up an otherwise extremely thin class of 2014 on the men’s side.

The three swimmers are Pawel Furtek of Poland, Ralf Tribunstov of Estonia, and Jon Knox from Sebastopol, California in the northern part of the state (near Santa Rosa).

Furtek is a distance swimmer with long courses bests of 3:52.4 in the 400 free, 7:57.9 in the 800 free and 15:10.3 in the 1500 free. While those three events are the most complex to apply a conversion to, Furtek generally is a very good short course swimmer as well, and a good time comparison is around the range of a swimmer like Auburn’s Zane Grothem who scored 20 individual points for Auburn at NCAA’s as a senior last year.

Furtek is 18 years old, and so the age of a traditional incoming freshman (he turns 19 in September).

Some conversions include a 43.4 in that 100 yard free, and a 48.70 in the 100 yard backstroke. He has a shot at scoring individually as a freshman, and should be a part of USC’s relay plans as he could swim any of three legs on the 200 medley.

Tribuntsov is a bit older than a standard freshman, but not by much. He’s 19, and will turn 20 after class begins also in September.

Knox is a swimmer who absolutely made the right decision by waiting until the spring to sign. When the fall signing period rolled around, his best was just a 1:39.5 in the 200 yard free and just a 21.6 in the 50 free. As a senior, he improved all of his best times by significant margins in his best events, leaving himself an attractive prospect.

I’d like to see a list of USC’s full incoming class, I’ve heard from several source that it isn’t that great, but I find it hard to believe Dave Salo had thaaat little luck

Flyin’ – there was no release in the fall, so it’s hard to say full class for sure. But those that I know of are all in the post. I presume there will be a few more here-and-there, a walk on perhaps.

Yep. But not every class can be a monster class like they had last year.

Dave Salo looks a bit like Tony Soprano in this photo.

Knox’s improvement say a lot about his work ethic and what he can bring to the table. I disagree on the strength of the class. I think USC seized a great opportunity with this one.