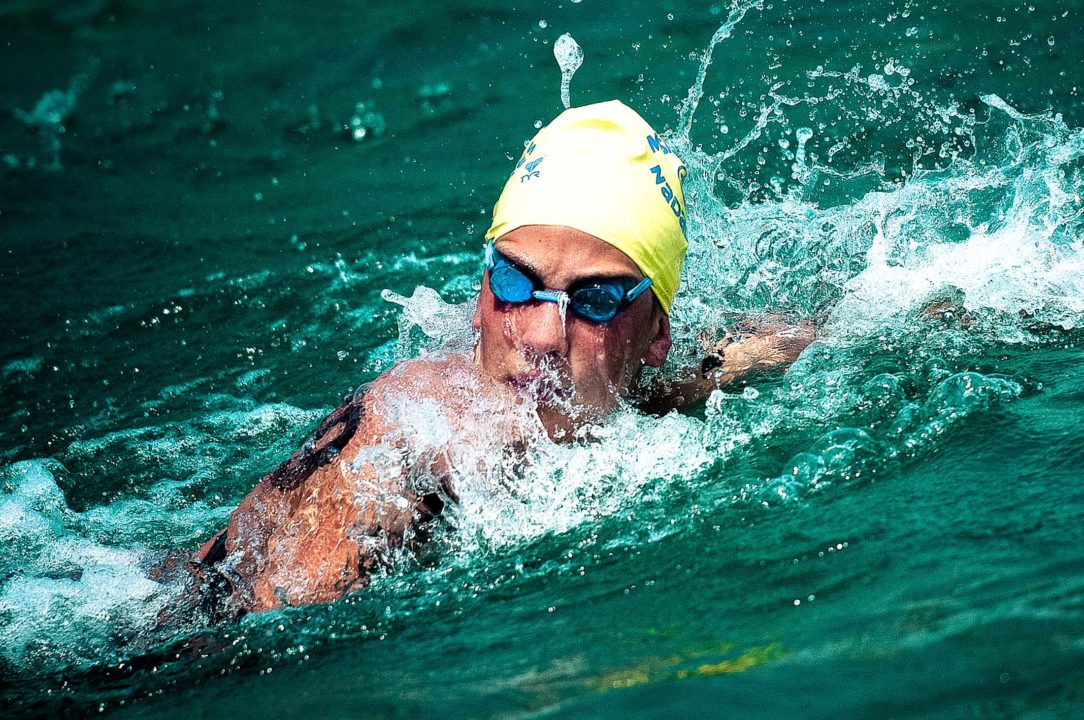 In addition to the coaching staff, 3 current and former USA Swimming Open Water National Team members, including the defending World Champion in the 5k Ashley Twichell (above), will attend. Archive photo via Mike Lewis/Ola Vista Photography

USA Swimming has announced a lineup of 24 swimmers for its 2018 National Open Water Select Camp that will take place at the Pleasant Prairie RecPlex in Pleasant Prairie, Wisconsin from August 23rd-26th. The group includes 12 male and 12 female swimmers.

At the camp, swimmers will learn about open water strategies, open water technique, nutrition, and recovery from a side of the sport where, generally, local coaches have far less experience and where strategy is far more complex than in pool swimming.

The Pleasanat Prairie RecPlex sits on the shores of Lake Andrea southeastern Wisconsin, about midway between Milwaukee and Chicago. The whole facility sits on 425 acres, and is the largest municipally-owned recreational facility in North America.

In addition to a coaching staff of experienced open water coaches, the camp will be led by current and former U.S. National Team open water swimmers David Heron, Emily (Brumemann) Klueh, and Ashley Twichell. Klueh participated in the Open Water Select Camp as an athlete in 2009 and Twichell did so in 2011. The 29-year old Twichell is the defending World Champion in the 5km open water race.

Swimmers were chosen for the camp on the basis of both results of the Junior races at the 2018 Open Water Nationals, and times in the pool 1500.

12 male and 12 female athletes selected (or 12 athletes from each gender).

Congratulations to all that have been chosen to the 2018 National Open Water Select Camp. Should have listed with Women having their own Roster not mixed in with Men’s roster.