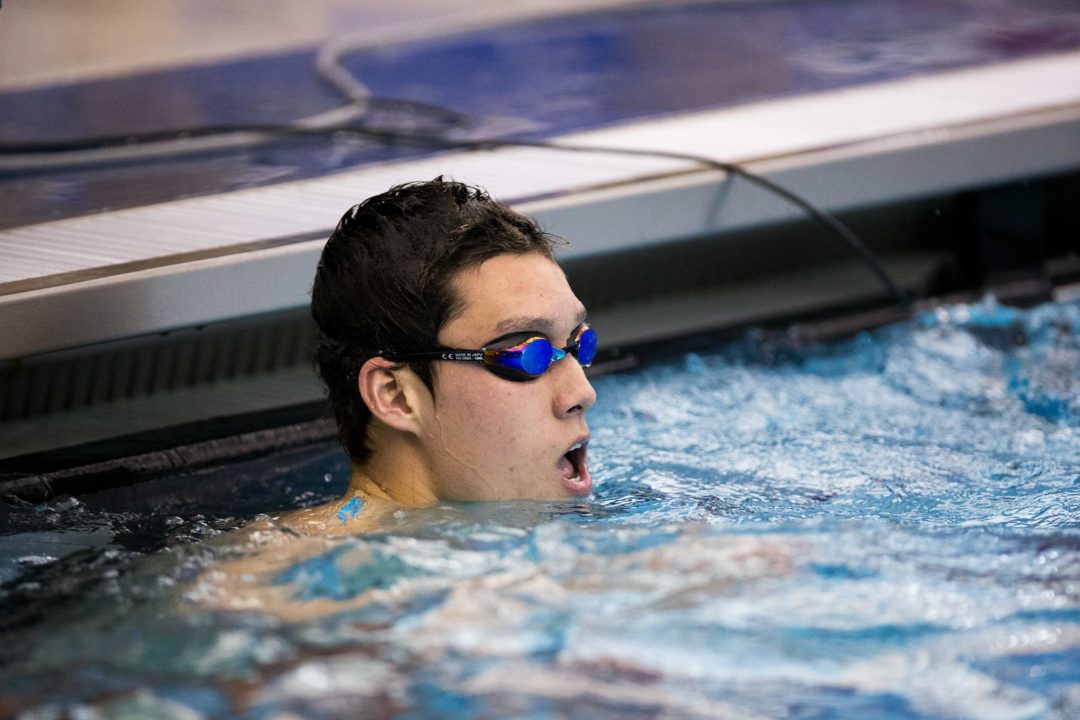 The boys of the Upper Dublin Swim Club broke a National Age Group record in the 400 free relay Saturday night at the Middle Atlantic Senior Championships in York, PA.

The relay featured Michael Thomas, who broke a NAG in the open 100 back at the Pennsylvania High School state championships just over a week ago. Thomas was joined by Wyatt Amdor, Jake Sannem and Michael Jensen. Three of the four are 16, with Sannem the lone 15-year-old.

The team went 3:01.01 to break the old NAG mark of 3:03.10 held by the City of Plano back in 2008. That Plano relay featured current Cal sprinter Seth Stubblefield as its anchor.

Jensen put up the relay’s fastest split, anchoring in 43.65 to push his team under the mark. Here are the full splits:’

Upper Dublin’s record-breaking swim means that the boys 15-16 relay records have been almost completely re-written in the early months of 2014 – Aquazot broke the 200 and 400 medley relay records in March and Tennessee Aquatics took the 800 free relay mark a week later.

This is a great record from an impressive team! Very impressed by the coaching staff as well as the swimmers. Big shout out to Geoff Scheuer, head coach, who is making waves.

Michael Thomas is a stud. Not trying to detract from him, although sometime I confuse him with Michael Taylor and Thomas Anderson (can’t imagine why).

But I always wonder about a swimmer who can go 46.6 in backstroke, and “only” 45.2 in free. A start from decent blocks is worth a second at least… who does that???