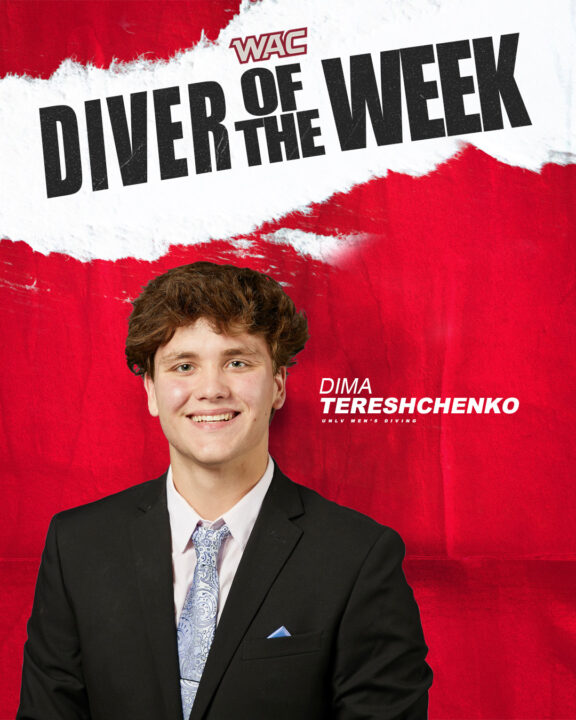 Tereshchenko racked up third-place finishes over the weekend in the 3-meter, platform (261.65) and 1-meter at the Trojan Diving Invitational hosted by USC. Current photo via UNLV Athletics

LAS VEGAS (UNLVRebels.com)  – UNLV diving’s freshman Dima Tereshchenko has been named the Western Athletic Conference Diver of the Week, the league office announced Tuesday. This marks the first time Tereshchenko has received the weekly recognition, while he is also the first Rebel diver to take home the honor this season.

Tereshchenko, a product of East Brunswick, N.J., racked up third-place finishes over the weekend in the 3-meter, platform (261.65) and 1-meter at the Trojan Diving Invitational hosted by USC. The Rebel newcomer’s final round scores in the 3-meter (328.80), platform (261.65) and 1-meter (311.75) each moved him into fourth all-time in the UNLV record book.

NEXT UP: The Rebels’ swimmers will give the divers a break this week as they head to Knoxville, Tenn. to compete in the Tennessee Invitational at the Allan Jones Intercollegiate Aquatic Center from Thursday (Nov. 18) through Saturday (Nov. 20).