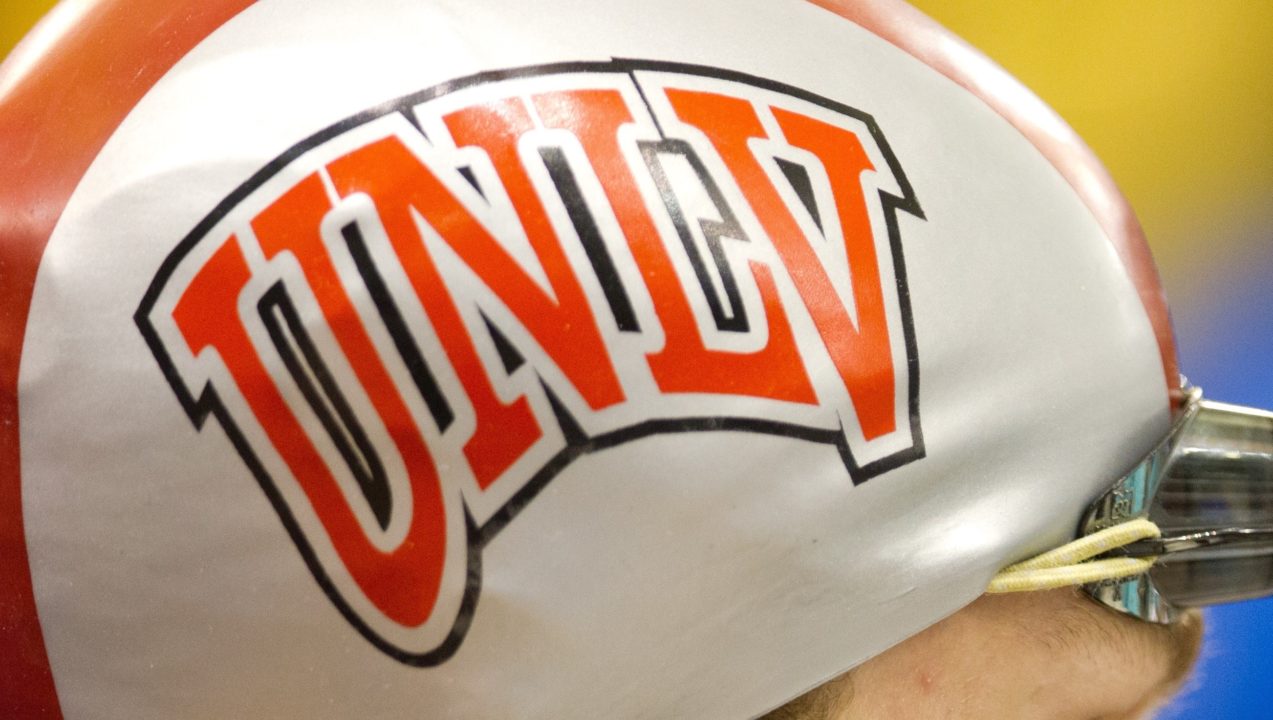 The 50 free is always more fun when there’s a wide variety of teams involved, and at the 2014 NCAA Championships, it looks like that’s just what we’re going to get.

UNLV sophomore Dillon Virva, swimming at his home invite, posted a 19.43 on Thursday morning to zoom to the top of the national rankings. That gives him the top seed ahead of Stanford’s David Nolan, who was a 19.95.

We’ll really dig into Virva deeper after we see what he does in finals, but a primer: his best time as a freshman was a 19.91.

Nolan came into that 50 free coming straight off of his 200 IM, where he took the top seed in 1:44.42. Given that he’s been much faster than that this year, we can expect him to turn things on in finals.

Other notable swims on Friday morning included a 4:46.51 in the 500 free from Oregon’s Samantha Harrison to top a loaded field that included second-seeded Celina Li of Cal in 4:54.18.

Top honors in the men’s 500 goes to Stanford sophomore Danny Thomson; he was one of the few big names who was really fired up for this prelims session, as that swim ranks him in the top 10 in the coutnry this year and is a solid 8 seconds better than he had been this season.

Expect more of the ‘stars,’ of which there are plenty at this meet, to go big in finals, but for now, the stage belongs to Virva.