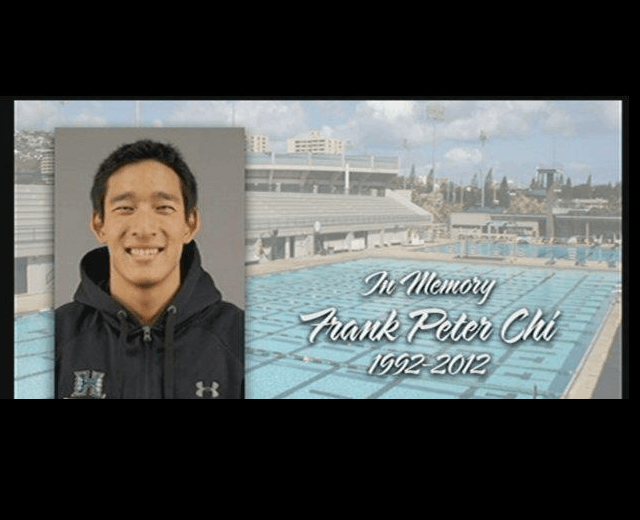 It’s a tragic day in swimming, as University of Hawaii swimmer Peter Chi passed away early Saturday following day one of...

It’s a tragic day in swimming, as University of Hawaii swimmer Peter Chi passed away early Saturday following day one of a two-day meet against BYU at the Duke Kahanamoku Aquatics Complex.

According to a statement by the University, Chi was found unresponsive in his dorm room and was later pronounced dead at Straub Hospital of apparent cardiac arrest.

Chi had been earlier diagnosed and treated with Wolff-Parkinson-White Syndrome, a heart condition that can cause the ventricles of the hard to contract prematurely. That contraction can lead to tachycardia, or a rapid heart rhythm. The University did not say specifically if doctors believed this to be the cause of the cardiac arrest.

Chi will be fondly remembered for fighting through this condition and continuing to pursue the sport he loved. This past spring, he was awarded the Inspiration Award at the annual ‘Ahahui Koa ‘Anuenue scholarship dinner for overcoming his illness and setting a positive example for others.

“Peter was an inspirational young man and he meant a lot to his teammates,” Marilyn Moniz-Kaho’ohanohano, UH Assistant Athletics Director said. “We were very fortunate to have him be a part of our swimming program. Our thoughts and prayers are with his entire ‘ohana.”

After the passing of the junior Chi, the swimming became secondary in importance, but the Hawaii men and women both defeated BYU at the meet.

We will miss him terribly. My condolences to his family and friends. RIP my friend.

Way too young. Prayers to his friends and family.
RIP