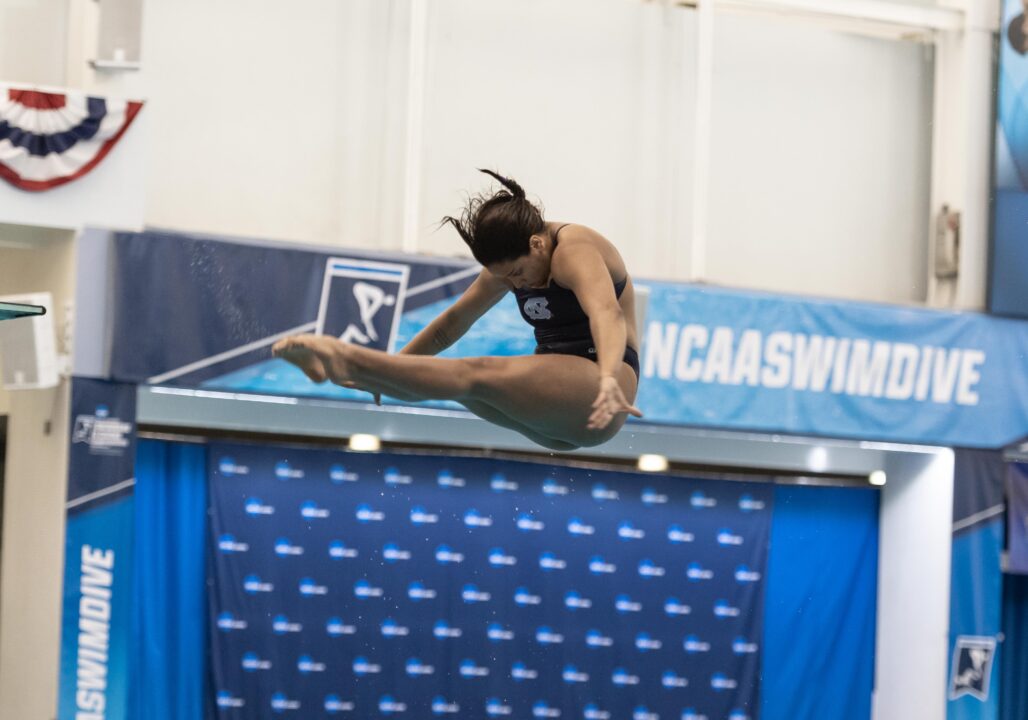 UNC sophomore Aranza Vazquez Montano was one of 10 divers to punch their ticket to Women's NCAAs on Sunday in Atlanta. Archive photo via NCAA

NCAA Zone diving action officially kicked off on Sunday with the women’s 1-meter competition over at Zone B in Atlanta, with the four other zones set to get underway on Monday.

UNC sophomore Aranza Vazquez Montano, who was the runner-up in the event at last season’s NCAAs, came out on top in the women’s 1-meter with a score of 671.95, buoyed by a massive final dive (Reverse 2 1/2 Somersault Tuck).

A total of 10 qualifying spots for NCAAs were on the line in this event, as determined by the allocations which you can read more about here.

Miami junior Mia Vallee took second to Vazquez Montano with a final score of 658.15, and South Carolina’s Brooke Schultz was third at 646.80.

Vallee was eighth on 1-meter at NCAAs last year, while Schultz, who transferred over from Arkansas this season, was third at nationals in 2021.

Zone B had 10 qualifying spots available in this event due to having five divers finish in the top-16 at the 2021 NCAAs. Each zone gets an automatic five spots allocated for qualification, plus the number of divers they had finish in scoring position at the previous year’s national championships. In the 1-meter last year, Zone B had Vazquez Montano, Vallee, Gullstrand, Pullinger and Florida’s Ashley McCool, who is now graduated, make the top 16.

Zone B action will continue on Monday with the women’s 3-meter and men’s 1-meter events.