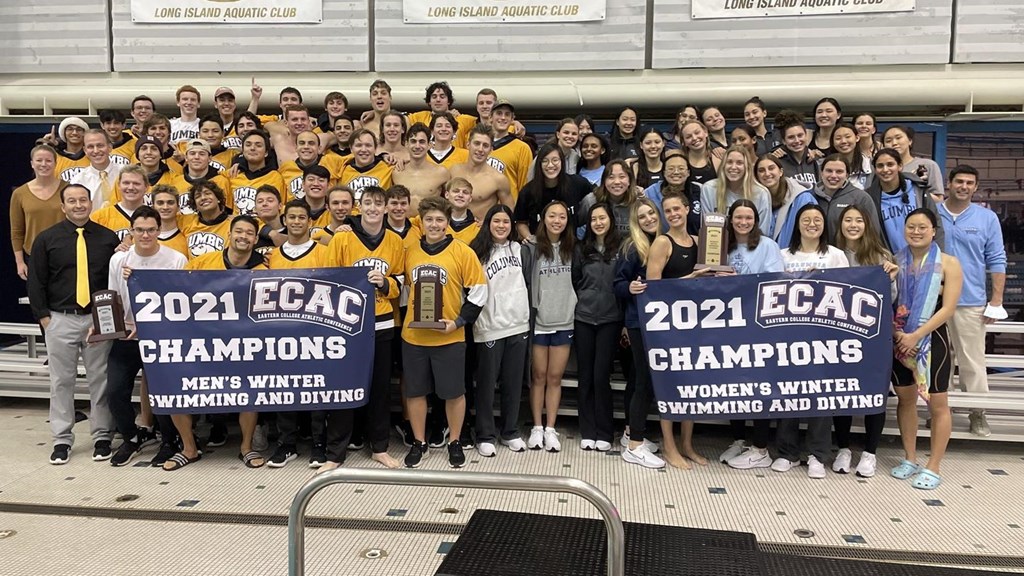 It is UMBC's first men's winter title since 2003 and fourth overall. It is the first ECAC Winter Championship title for Columbia women's swimming. Current photo via ECAC Sports

Two Lions swimmers set ECAC Winter Championship meet records during Sunday morning’s preliminaries. Mary Pruden beat the 2-minute mark in the 200-yard backstroke with a time of 1:58.23, edging out UMBC’s Caroline Sargent (1:58.83). They were two of four swimmers in both the prelims and finals to swim faster than the record of 2:01.26, which was set by LIU Post’s Karis Fuller in 2017. Emily Macdonald also set a meet record for Columbia, with a 100-yard freestyle prelim time of 50.60, topping the 2012 record of 51.12, previously set by Stevens University’s Lou Moores. However, Macdonald did not compete in the finals.

Columbia’s Clare Larsen, Olivia Jublin, Tina Le and Emily Long worked together to knock more than 4 secodns off their prelim time to win the 400-yard freestyle relay and set a meet record at 3:24.61.

Allegra Walker took gold in the 1650 free, passing St Francis College’s Mariajose Lopez in the penultimate lap to win in a time of 17:01.03 to beat Lopez by 1.82.