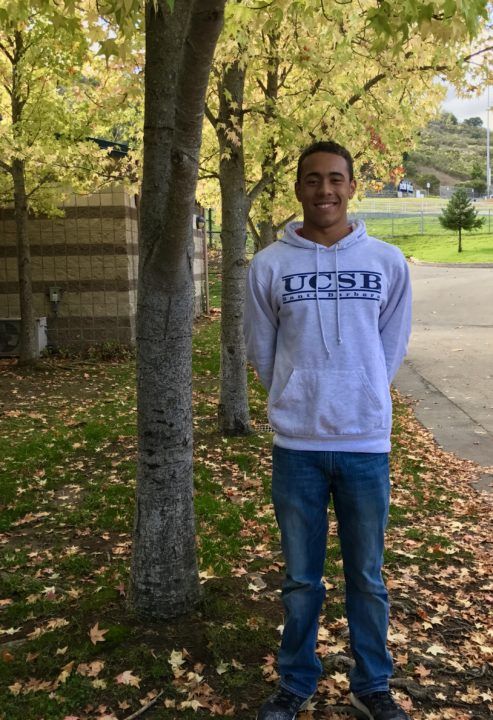 Jolen Griffin of Campolindo High School and Orinda Aquatics has verbally committed to swim for the University of California, Santa Barbara next year. Current photo via Jolen Griffin

Oakland, California’s Jolen Griffin has made a verbal commitment to University of California, Santa Barbara for 2017-18. Griffin attends Campolindo High School in Moraga, and swims year-round for Orinda Aquatics, where he is heading into his third year as team captain.

“I chose UCSB because they really brought together all the factors of swimming, academics and location that made me feel like I could contribute and succeed as a collegiate student athlete.”

Griffin is the reigning CIF-North Coast Section champion in the 100 back, having won the event at the 2016 section meet with 48.74. He also placed third in the 100 fly and swam leadoff on Campo’s 200 medley (22.88) and 400 free (46.48) relays, contributing to the Cougars’ second-place team finish. Griffin went on to swim at the 2016 CIF State Championships but only in prelims; he put up the sixth-fastest 100 fly and was on all three Campo relays, helping them qualify for the A finals.

Griffin will be joined in the Gauchos’ class of 2021 by verbal commit Kian Brouwer.

Congrats Jolen, we enjoyed watching you swim at OA and Campo, your college future is very bright!!