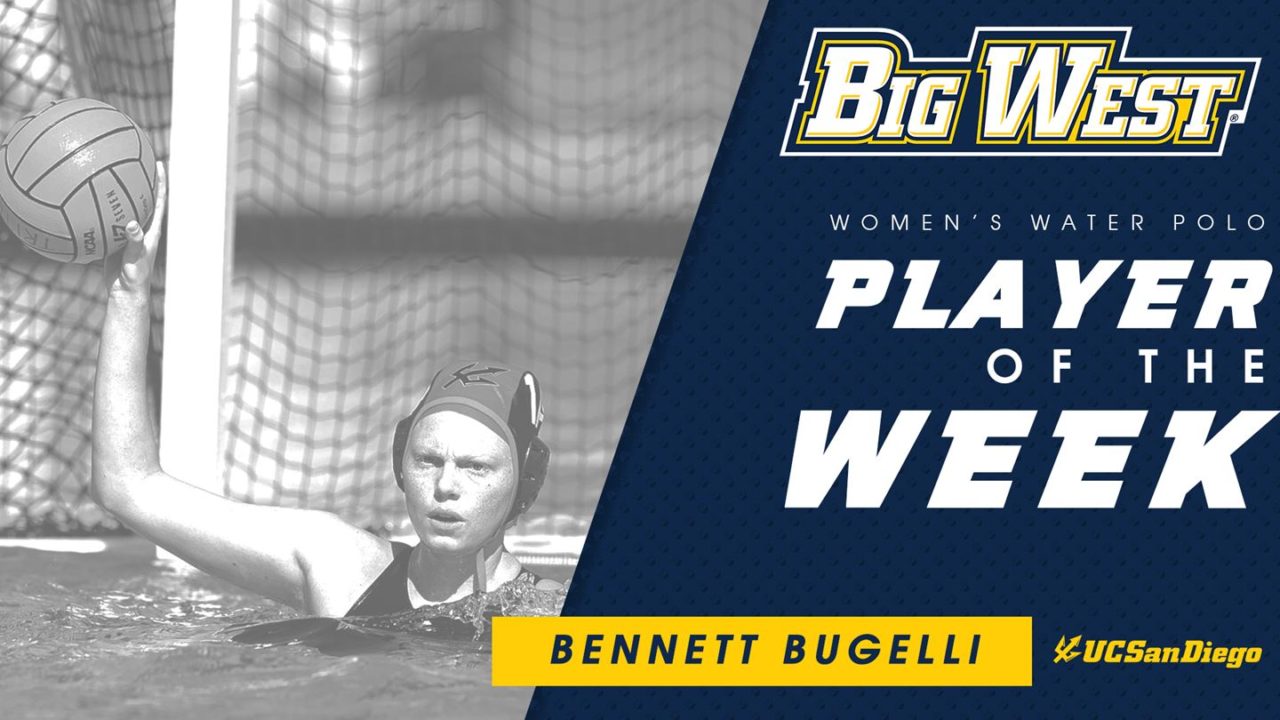 The senior goalkeeper had a career high 17 saves and a .680 save percentage to lead a strong defensive effort from the Tritons against SDSU. Current photo via UCSD Athletics

LA JOLLA, Calif. – Bennett Bugelli of the No. 10 UC San Diego women’s water polo team was named the Big West Player of the Week after a career performance in the Triton’s 9-8 sudden death overtime win over No. 17 San Diego State.

This is the first time Bugelli has won the award. Since entering the Big West Conference a season ago, three Tritons have earned the award. Ciara Franke and Grace Pevehouse earned honors last season. Bugelli is no stranger to conference recognition, having been named Western Water Polo Association Player of the Week during a sophomore season where she was also named an ACPWC All-American First Team and All-WWPA First Team.

The senior goalkeeper had a career high 17 saves and a .680 save percentage to lead a strong defensive effort from the Tritons. Bugelli also added a steal. Of the eight goals scored against her, only four were scored against an even defense.

The Tritons will welcome California Baptist to Canyonview Aquatic Center for their home opener on February 27. Games are scheduled for 10 am and 12 pm.