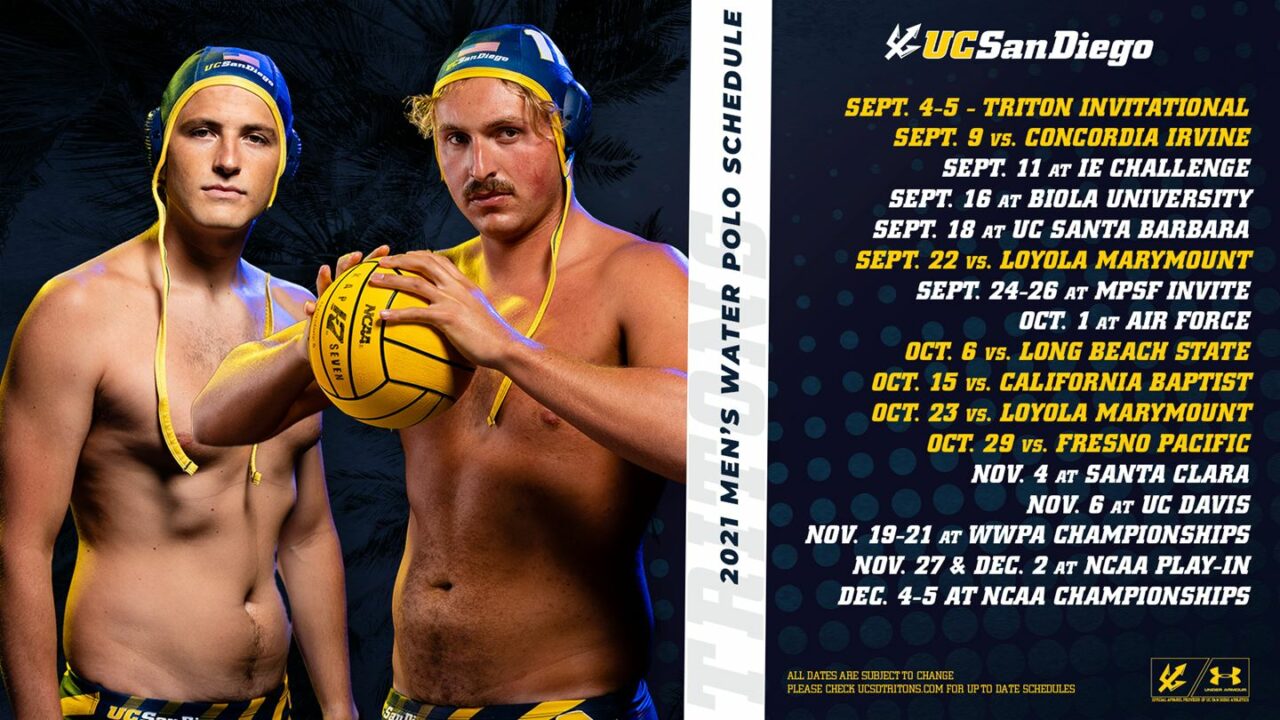 “We believe our fall 2021 competition schedule has just the right balance of challenges both away and at home to prepare us for hopefully a championship season,” stated Head Coach Denny Harper. “WWPA play will be extremely challenging with parity across the board plus the challenge of playing conference opponents who were able to compete this past year. All and all it’s an understatement to say that we will obviously be ready, excited and thankful to once again compete in the fall after such a challenging period of time.”

The upcoming season will feature three tournaments, eight conference games and three nonconference games. The Tritons will host one tournament and six single game contests. The Western Water Polo Association Championships will take place November 19-21 and the winner will receive an automatic bid into the NCAA tournament.

The Tritons open the season hosting the annual Triton Invite, showcasing some of the top teams in the country. The tournament will take place from September 4-5.

The Tritons face one of their stiffest weeks of competition the first week of classes. UC San Diego will host Loyola Marymount on September 22, the day before the first day of classes. The annual rivalry game will serve as a nonconference game. That weekend, the Tritons will travel to Berkeley to take part in the prestigious MPSF Invite. The sixteen-team tournament will feature the best teams in the country and take place September 24-26.

Head Coach Denny Harper enters his 42nd season at the helm of the program. With a record of 683-486-4, Harper is believed to be one of the winningest coaches in the history of the sport. Harper has been named the ACWPC National Coach of the Year 17 times and WWPA Coach of the Year 19 times.

Attending Home Men’s Water Polo Games
While attendance policies for the upcoming 2021-22 athletic season have not yet been determined, single match tickets to attend UC San Diego home men’s water polo events are expected to be available for purchase online in early August. For more information and updates, visit UCSDTritons.com/tickets.