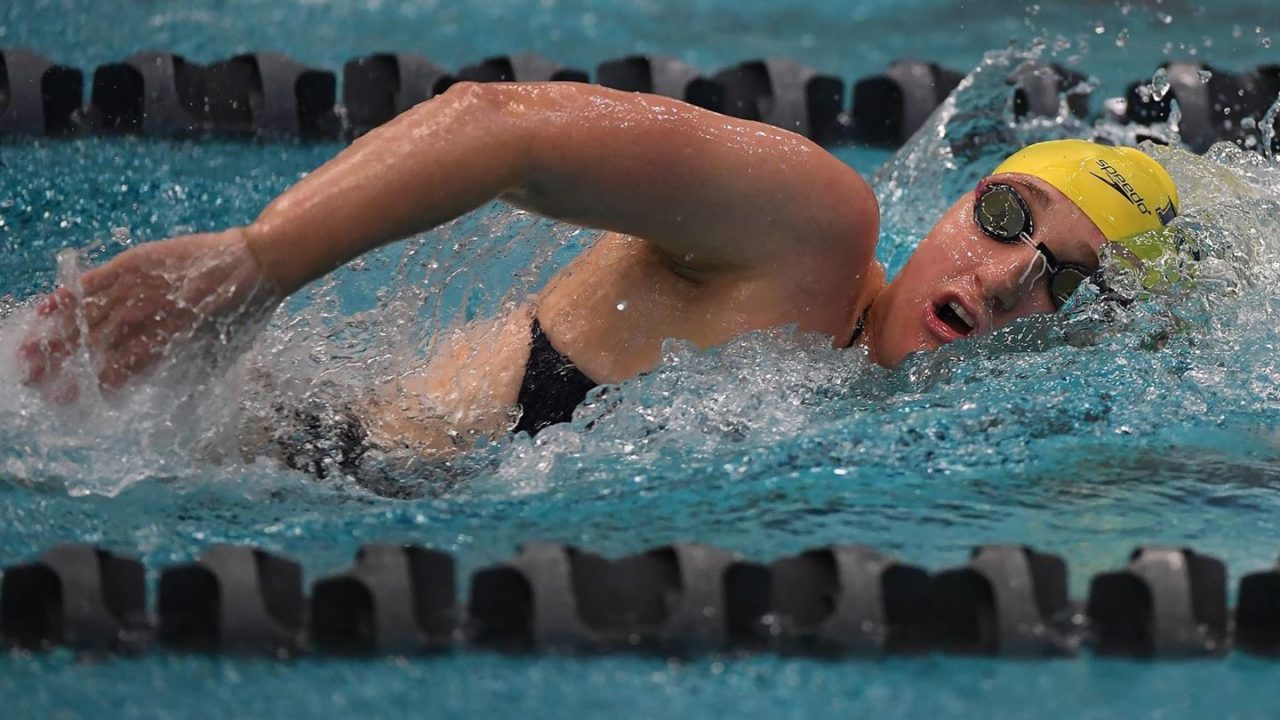 ANNAPOLIS, Md. –– The Navy swimming and diving teams spent the last few days competing at three-day meets.  The men’s swimmers placed fifth at the Purdue Invite, the women’s swimmers won the TYR ’85 Invite, hosted by Liberty, and the divers competed at the unscored West Virginia Invite.

These were the last competitions for the Navy teams prior to the December 12 Army-Navy meet in Annapolis.

Headlining the results this weekend was Sydney Harrington (So., Fairfax, Va.) setting Navy and Patriot League records in each of the butterfly events.

Micah Oh (Jr., Kent, Ohio) was the lone Mid to reach the championship final (top-eight) in multiple individual events.  He placed fourth in the 400 IM and fifth in the 200 fly.

The best finish by a Mid in an event was a third-place showing by Dean Nguyen (Jr., Seattle, Wash.) in the 100 breaststroke.

“We are very pleased with our performances this week,” said Navy men’s swimming head coach Bill Roberts.  “We were expecting this to be a terrific event as it was two years ago when we last participated here.  I feel like we did a good job of improving upon our performances from 2017, as well as compared to the start of this season.

“We also want to say ‘thank you’ to our hosts, Purdue.  Their staff did a great job of running the event which was highlighted by our service assignment announcement Thursday.  That was a very special event for us.”

“I’m really proud of how our divers competed this weekend,” said Navy diving coach Rich MacDonald.  “It was a good test to see where we are this early in the season.  To win five of the six events against the level of competition we faced was pretty awesome.  It is always good motivation after a meet like this to get back to training and doing all of the things we need to do to be prepared in the championship portion of our season.”

“We’re very pleased with the overall performance at our first championship format meet of the season,” said Navy women’s swimming head coach John Morrison.  “Our team maintained strong energy throughout each of the six sessions.  We are in a good spot for this time of year, but definitely need to clean some things up in the next two weeks.

“We had many swimmers set season-best performances and even some lifetime-best marks.  Leading the way was Sydney Harrington.  And Jamie Miller (Sr., Rochester Hills, Mich.) also swam to an NCAA provisional time in the 200 back.”