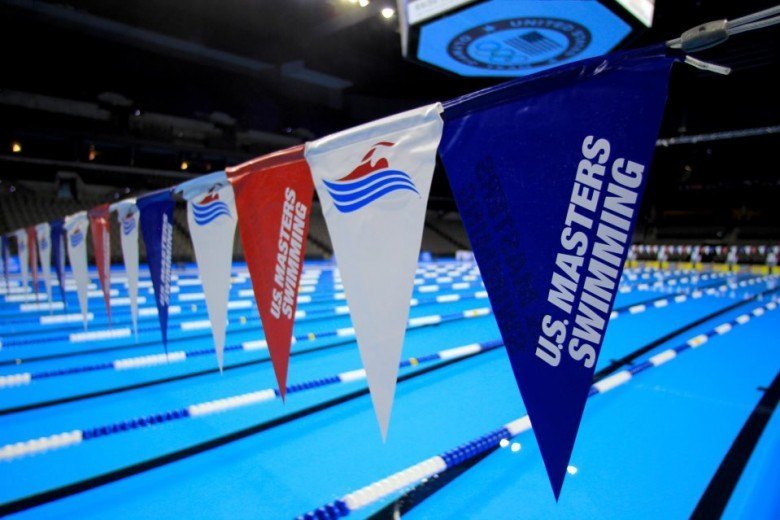 U.S. Masters Swimming has concluded its 2019 annual meeting during the United States Aquatic Sports Convention in St. Louis. In addition to committee meetings and rules and legislation reviews, USMS held officer elections and honored many of its deserving volunteers with service awards.

The Capt. Ransom J. Arthur M.D. Award is given annually to the volunteer who epitomizes the spirit of Capt. Ransom J. Arthur, the founding father of U.S. Masters Swimming. In 1970, Capt. Arthur envisioned lifelong fitness and lifestyle benefits for adults through aquatic training and competition. Each year, the recipient of the Ransom J. Arthur award has demonstrated top-tier commitment and dedication to the mission of USMS. This year’s recipient was Jeff Roddin (Potomac Valley).

The U.S. Masters Swimming June Krauser Communications Award is presented annually to an individual or group whose communications efforts have contributed to the growth, improvement, or success of U.S. Masters Swimming. The award is named for June Krauser, the author of USMS’s first official rulebook and a prolific writer and editor of many newsletters and other publications in the Masters swimming world. This year’s recipient is Alana Aubin (New England).

Each year USMS honors a coach who exemplifies the highest standards in Masters coaching, including growth and development of Masters swimming with an all-inclusive approach, one that welcomes swimmers of all levels and abilities. This year’s U.S. Masters Swimming Coach of the Year is Richard Garza (North Texas).