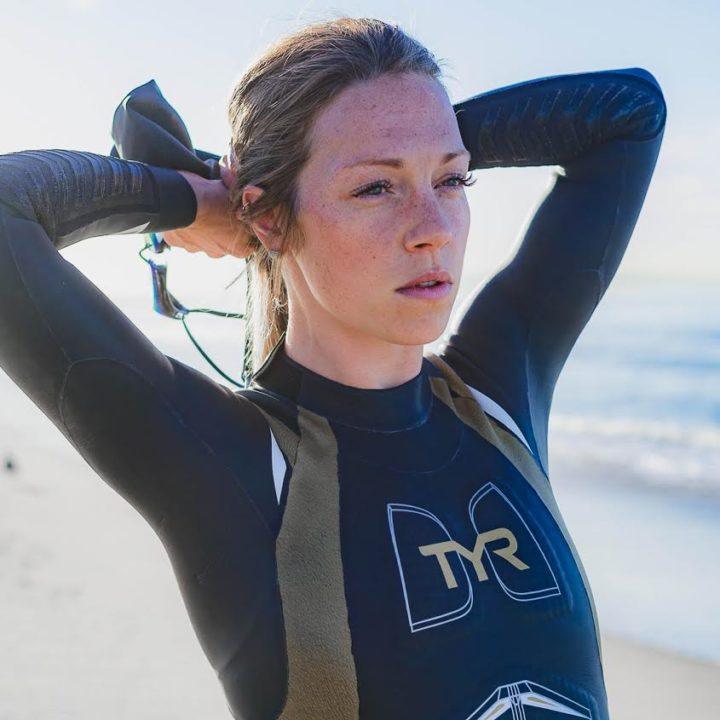 TYR Sport is proud to announce the addition of 2016 IRONMAN 70.3 World Champion Holly Lawrence to its growing roster of world-class athletes. Current photo via TYR Sport

TYR Sport is proud to announce the addition of 2016 IRONMAN 70.3 World Champion Holly Lawrence to its growing roster of world-class athletes. As part of this multi-year partnership Lawrence will compete in both the TYR Hurricane Wetsuit and the TYR Torque Swimskin.

Hailing from Great Britain, 27 year old Holly Lawrence is proving to the triathlon world she is certainly one to watch. After competing at the IRONMAN 70.3 distance for just two years, Holly swam, biked and ran her way to first place at the 2016 IRONMAN 70.3 World Championships in Queensland, Australia. Today she has earned a total of eleven 70.3 wins and is currently a 2x IM 70.3 North American Champion and IM 70.3 Middle East Champion. Holly lives and trains in Santa Monica, California.

“I have always wanted to be with the best brands when it comes to achieving my potential as an athlete. When I look at the history and caliber of TYR along with the world beating athletes they support, I knew I had to try their products. One test of the TYR line including their goggles, swimwear and of course, the TYR Hurricane wetsuit and I was sold. I simply told my management team, I want to be with TYR! I am so excited to start this journey as part of Team TYR,” said Lawrence.

TYR Sport Chief Executive Officer Matt DiLorenzo commented, “It is clear that Holly’s impressive career has only just begun, and we are proud to welcome her to team TYR. As a brand we look forward to inspiring athletes, coaches and fans as we continue to produce product that takes the sport of triathlon to the next level.”