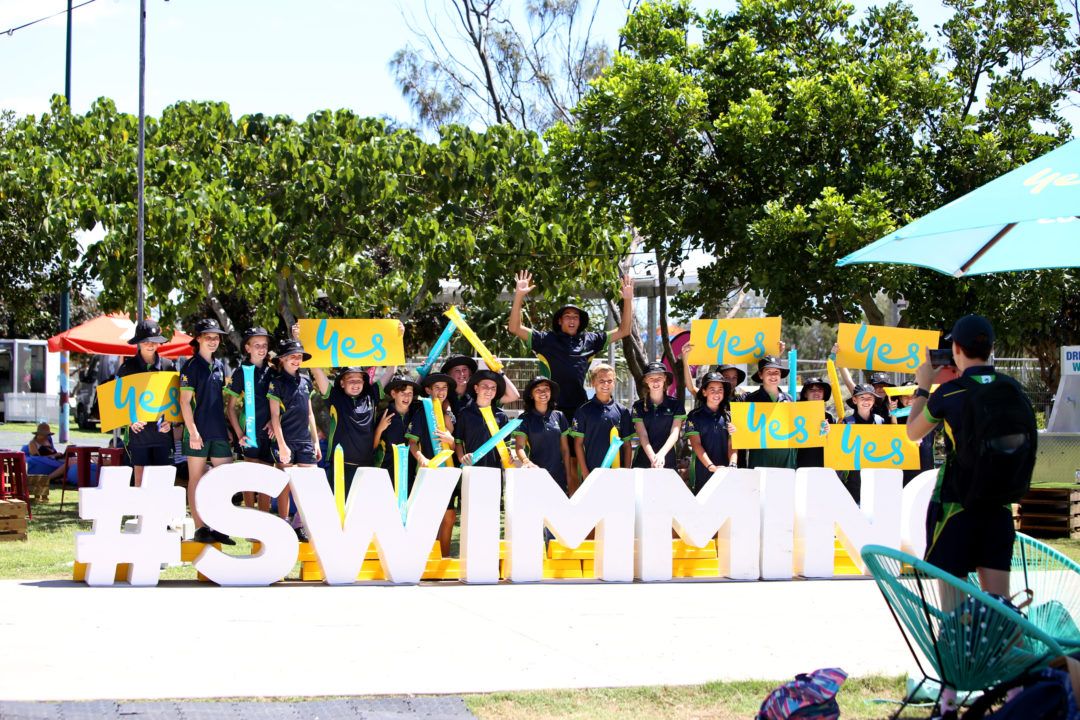 In the wake of Kieren Perkins moving onto a new role as Chief Executive Officer of the Australian Sports Commission, we now know who will be taking over his previous post at Swimming Australia.

Perkins had served as president of Swimming Australia since November 2020 but, as of Monday, February 14th, Tracy Stockwell (nee Caulkins) will move into the role.

Stockwell comes with a hefty resume of accomplishments both in and out of the pool. As an athlete, her most notable achievements came at the 1984 Olympic Games in Los Angeles where she picked up both 200m IM and 400m IM gold as well gold on the medley relay.

59-year-old Stockwell is a founding member and past president of Womensport Queensland and has served on the Board of Queensland Events Corporation and as Chair of the Queensland Academy of Sport, among several other roles. She first joined the Swimming Australia Board of Directors in 2016.

Of her appointment, Stockwell said, “Swimming has played such an important role in my life, and I feel privileged to take on a role that will empower me to give something back to the sport that has provided me with so many opportunities,” Stockwell said.

“With our Olympic and Paralympic athletes continuing to inspire, we have a collective responsibility to fuel the passion of those millions of Australians who love to swim, from the grassroots through to the elite, and continue to unify our broad community.”

“As we begin the journey to Brisbane 2032, we must do everything within our capability to fulfill our vision to be globally admired for our performance in and out of the water.”

Swimming Australia CEO, Eugénie Buckley, said, “As an athlete Tracy was an icon of swimming and, in the time since, has forged a path as a champion of change that now sees her as one of the most respected and renowned sporting administrators in the country,” Buckley said.

“If we are to take full advantage of the opportunities afforded to us on the path toward a home Olympic Games then we must have the very best people in our sport, and I have no doubt Tracy’s significant experience and influence will be an enormous asset in her role as President.”

Are they planning on putting predator coaches finally off the coaching field and behind bars in Australia? Or just keep it going as is? So far, it’s been shameful👎
Not much different from Russian Swimming Federation at this point

This is the appointment Swimming Australia needs to bring about true cultural change. Perkins was a great swimmer, but unfortunately his arrogance prevents him from being a great leader.

Caulkins has been on the small SA Board for 27 years. 150 people recently came forward to discuss allegations of abuse before the Independent Commission reviewing swim culture in Australia, resulting in 46 recommendations for change. Caulkins should not be leading the Board, just as Perkins should not be elevated to be head of the Australian Sports Commission.

I swam with Tracy for 3 years in College. Tracy deserves 10x any accolades that she gets. She is the best of the best as a person or an athlete. Knowing her changed my life. Some of the most important lessons I learned in life I learned from watching Tracy’s genuine approach to people, swimming and life. Tracy Is a true Champion in ever sense of the word.

Tracy was my first role model! Tracy Caulkins is unforgettable and iconic; great for the sport of swimming! Best wishes to Tracy and Australia Swimming.

Didn’t know she was living in Australia! Married an Aussie?

Yes many years ago. Mark Stockwell, an Australian Olympic swimmer. Mark (silver 100 free) would have beaten Rowdy (gold 100 free) at the 1984 Games if the starter had actually done his job properly. Also their son Will swims.

I kind of doubt that quick start accounted for the entirety of Rowdy’s .44 second margin of victory over Stockwell, especially considering the fact that Rowdy’s winning time was faster than any Stockwell ever recorded in the event and considering the fact that Rowdy had a faster split than Stockwell on the 400 free relay (48.93 for Rowdy to 49.06 for Stockwell) and they both split an identical 49.16 on the 400 medley relay. At best maybe Stockwell breaks 50 seconds and wins the sliver with a 49.90.

You may be correct but we will never know. Stockwell and a few others were not set at all. Rowdy, luckily for him, was warned that the starter was extremely fast so his reaction time would have been faster than his usual RT, whilst Stockwell’s was much slower so 0.44 could have been the difference.

I remember this controversy. The starter was fast, but he had been fast for every race, and this was the 3rd day of competition. So, I think the competitors knew (or should have known) at that point that he had this tendency.

Also, watching the video, Rowdy has a bigger lead in the second 50 than the first. So, while I agree the starter shouldn’t have been that fast, I think Rowdy was going to win anyway.

I remember so well the cancellation of the 1980 summer Olympics for some “political” statement which Jimmy Carter wanted to make — well, that may have happened — TEAM USA that year was extraordinarily gifted, and they lost it all for politics. . . . Tracy was one of the chief victims. So, I wish her well in this newest endeavor; USA swimming owes her a lot, and I hope the Aussies realize her many talents.

Is there no one more forward-thinking the Board could have named as President, someone to bring some fresh perspective? Ms. Caulkins-Stockwell has been on the SA Board since 1995, and at best the Board (and SA as an organization) has had a very very mixed record during her tenure.