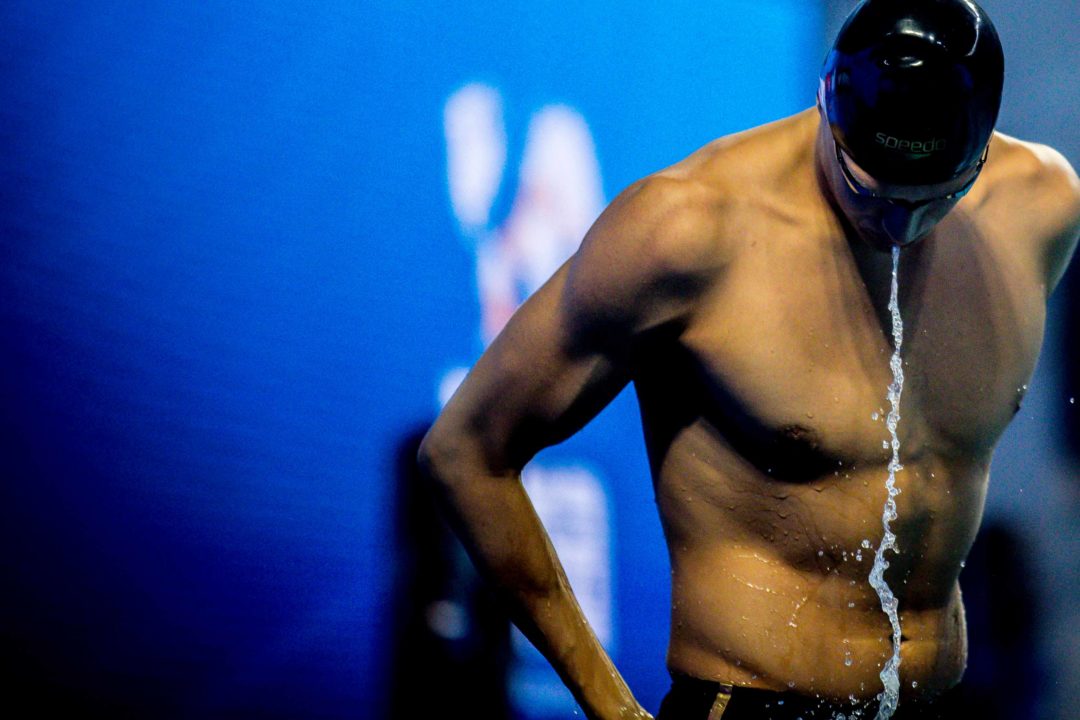 On an ISL break, Mykhailo Romanchuk of Ukraine busted out a new World Cup Record en route to gold in the men's 1500m free tonight in Doha. Archive photo via Jack Spitser/Spitser Photography

One FINA World Cup Record and one National Record were seen halfway through day 2 of the FINA World Cup Series stop in Doha, Qatar tonight. The stop represents the final meet of the 7-city circuit, which has Vlad Morozov of Russia and Cate Campbell of Australia leading the overall respective men’s and women’s points standings.

But it was Ukrainian Mykhailo Romanchuk who turned some heads during tonight’s session, clocking a new World Cup Record en route to gold in the men’s 1500m freestyle. The International Swimming League (ISL) Energy Standard team member put a time of 14:51.61 on the board tonight, topping the podium in 1 of 3 sub-15:00 times of the final.

Behind Romannchuk in Doha were Jan Micka of the Czech Republic and Gergely Gyurta of Hungary. Micka touched in 14:58.30, while Gyurta rounded out the top 3 in 14:59.88.

For Romanchuk, his 14:51.61 tonight overtakes the previous World Cup mark of 14:55.06 set by Italian Olympic champion Gregorio Paltrinieri in 2015.

Romanchuk earned silver in this 1500m free event at this year’s World Championships in Gwangju, Korea, where he notched a time of 14:37.63 to finish runnerup to champion Florian Wellbrock of Germany.

Two Aussies fought for the silver behind Toussaint, with Emily Seebohm snagging the 2nd spot in 59.30 and Kaylee McKeown claiming bronze in 59.60.

With Toussaint not swimming better (in FINA points terms) than Cate Campbell’s 50FR the competition for main prize is over. Cate doesn’t even need to race 100FR tomorrow.

The possibility of World Record escaped my mind somehow 😀 Thank you for correcting me and for keeping the Hope alive.
You know that the probability of this computer suddenly jumping up when all atoms and molecules of it move in one direction isn’t zero. Never say never 😀

Emily inching back into form .

Coleman in danger of Jakabos sneaking into 3rd overall

Indeed, Coleman needs to medal, even 3rd place seems enough. Jakabos is ahead but cannot increase her points,. Unless Hosszú lets her win the 200 IM. 🙂