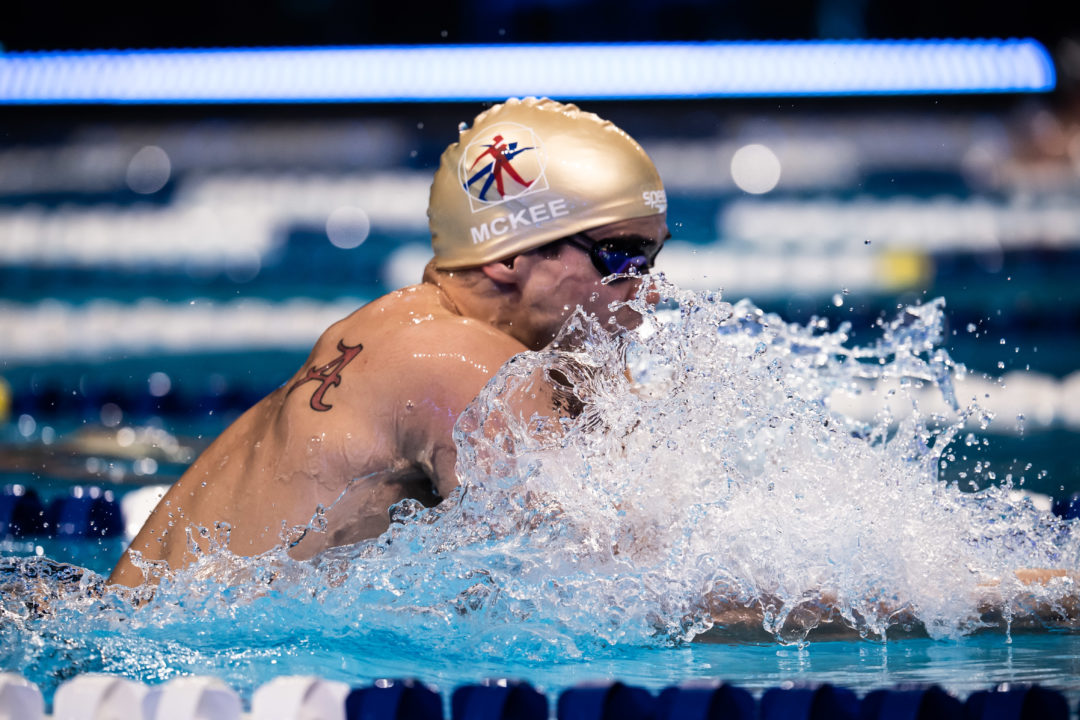 The Toronto Titans have added a host of new names to their roster for the 2021 ISL season, bringing their total number of swimmers up to 38. Archive photo via Mike Lewis/Ola Vista Photography

The Toronto Titans have added a host of new names to their roster for the 2021 ISL season, bringing their total number of swimmers up to 38. Expect the team to cut at least two of those athletes as the ISL does not allow over 36 swimmers on a team’s roster.

The updated roster on the ISL’s official website lists 13 athletes who were not officially on the Titan’s roster when the free agency period closed last week, including:

Two of the biggest additions to the team are Candice Hall and Larissa Oliveira. Hall is a returning member for the Titans, having represented the team during the 2020 ISL season. However, she never registered any official races last season, meaning that this will be her first time suiting up for an ISL competition. She competes mainly in the sprint freestyle and IM events, which will be helpful for a Toronto team that lost Penny Oleksiak during the off-season.

Oliveira, in comparison, was not a member of the Titans during the 2020 season, having represented the Aqua Centurions. She also represented Aqua during the League’s inaugural season in 2019. During that season, Oliveira ranked up a total of 20 individual points and contributed to several of the team’s relays. Like Hall, Oliveira also specializes in the sprint freestyle events. She also is a strong butterfly swimmer, which could help fill the gaps for the Titans in one of their weakest events.

On the men’s side, Lorenzo Zazzeri should also be a strong addition to the Titan’s roster. Another sprint freestyle specialist, Zazzeri won a silver medal at the 2020 Olympic Games as a member of Italy’s 400 freestyle relay, where he split 47.31. In Tokyo, Zazzeri also made the finals of the 50 freestyle, ultimately placing 7th.

Remember when they said no one new under 18 can compete? That was fun

Julia Hassler has her training base in Germany but represents Liechtenstein in international competition. Can’t wait to see what she can do in short course for the Titans.