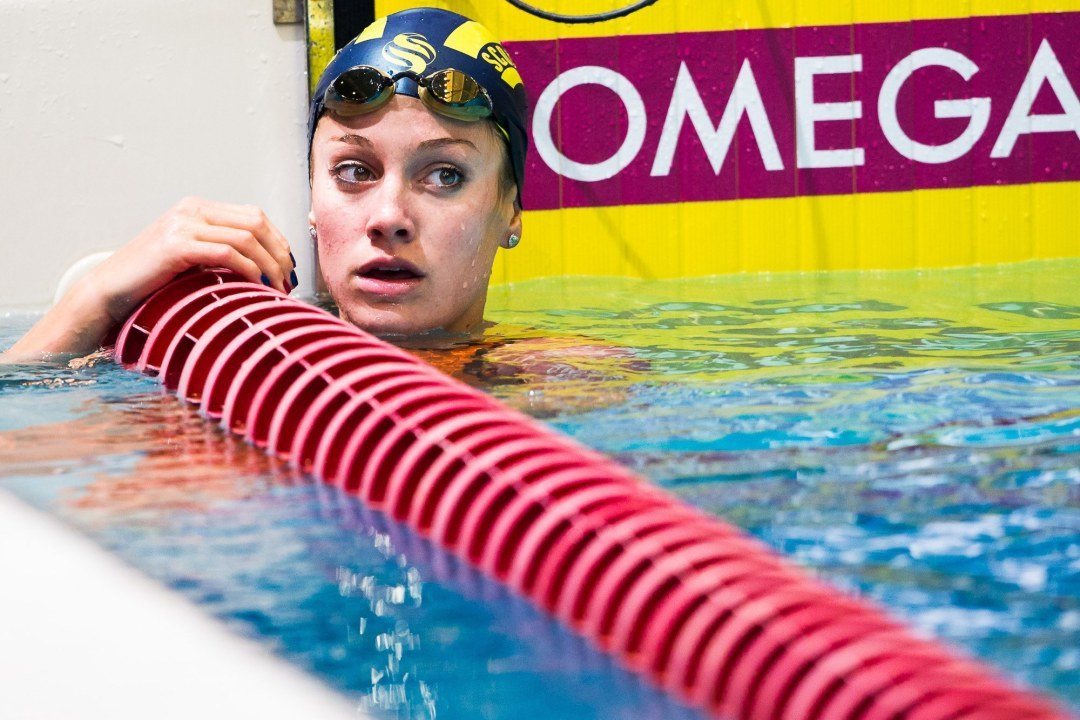 Scottsdale's Victoria Toris, the top swimmer from Arizona in the class of 2015, has named at least three potential college destinations for her. Archive photo via Tim Binning/TheSwimPictures.com

Have recruiting news you want to share? Send an email to [email protected]

The top recruit from the state of Arizona in the class of 2015 is Victoria Toris, and it’s no surprise that she’s considering her home-state Wildcats for her collegiate career, giving the program’s early hot-streak in commitments this fall.

Arizona is one of three programs that the Scottsdale Aquatic Club/Pinnacle High School star named in a recent AZCentral.com article recapping her summer of competition and looking ahead to her recruiting plans.

Toris says she has trips scheduled to Arizona, UCLA, and Tennessee, but left the door open by also saying that she wants to take a 4th trip, she’s just not sure where to yet.

Her long course season came out a little disappointing, as she admits to in the AZ Central article, where she wasn’t close to her best times.

Toris is already refocused on the yards season, with stated goals of breaking the state records in her two best events. How is she going to get there? Toris says by spending some time working on her 200 and 500 frees, stating that “I think I need to practice more on my longer distances to get better at my shorter distances.”

The three programs that she’s named so far all have significant needs for sprinters in the coming few seasons. Tennessee was 7th at last year’s NCAA Championships, Arizona was 8th, and UCLA was 21st. The one school on her list that overlaps with her very good friend Amy Bilquist, with whom Toris used to train at Scottsdale before Bilquist moved to Indiana, is Arizona.

That shows a TON of maturity for her to say if she focuses her training on the 200-500, her shorter races will improve!

Kevin Zacher has done a great job with her!

Another good place for her to land – San Diego St!