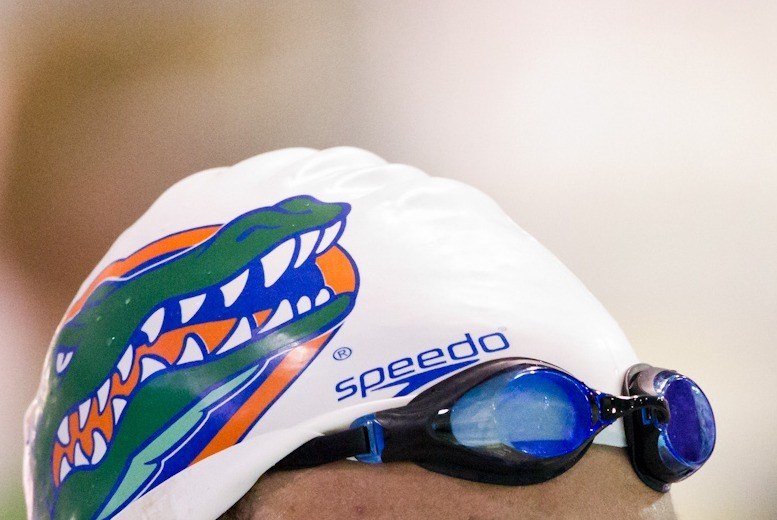 The training group in Gainesville has picked up another big-time women's backstroker. (Stock Photo: Tim Binning/TheSwimPictures.com)

The top swimmer in the Mexican lineup, Maria Fernanda Gonzalez Ramirez is the latest top international female backstroker to join the training group at the Gator Swim Club, members of the team have confirmed (as has documentation from the LSC showing her as a member of the club on April 10th.)

She came to Gainesville approximately two weeks before the Olimpiada Nacional (their National Championships) in Tijuana last week. She wasn’t great at that meet, but with a FINA Automatic Qualifying Time already achieved at last year’s Olympic Games, the only Mexican to have such a mark for Worlds, she had nothing to gain by resting for an early May meet.

She joins a training group under Gregg Troy that is a popular destination for international backstrokers. Aside from American Elizabeth Beisel, it also includes Canada’s top backstroker Sinead Russell, Russia’s top male backstroker Arkady Vyatchanin, and until recently included the World Record holder in the women’s 100 Gemma Spofforth (though she retired after London).

Gonzalez Ramirez joins the majority of the top Mexican swimmers (especially their women’s team) by training in the United States; the other three parts of their best 400 medley relay (Erica Dittmer, Rita Medrano, and Lili Ibanez) are all at Texas A&M.

Thanks to commenter “Josh” for the tip on this story.

Swimming is really beginning to be a joke! Are foreign countries that bad where they cannot train their own athletes? What about putting the resources into US citizens? Are the Governments of these foreign countries even proud when their US trained athletes succeed at the Olympics? Maybe athletes who win for their country should have an asterick placed by their name if they were trained by a different country!

Do any US Swimmers train abroad?

Kim Vandenberg has trained in France 2 or 3 years ago. But why do you want to see American swimmers abroad? You have everything at home. Same thing for Australian swimmers. And you should be proud to welcome a few foreign swimmers. When Frédérick Bousquet talks about his Auburn experience, he’s very happy and very grateful.

Randal Bal was also Europe-based when he was tearing up the SCM backstroke circuit. I want to say he was with an early version of ADN. And Dana Vollmer gives a lot of credit for her butterfly success with working with an Australian coach for a few months in 2011-12.

You get to be the best by constantly training with the best and racing the best, regardless of passport, and the internationals do a good job of pushing our own athletes to faster things. The only time I tend to complain is when someone with dual citizenship decides to train in the US with all those resources available and then swim under their other passport. So I’m not really… Read more »

0
0
Reply
Rafael Teixeira
Reply to  Don't Get It

Maybe US should send their long distance male swimmers to Australia if they want.. and Maybe 50 free girls.. except that.. US excel in growig up any swimmer..

GIVE EM ALL AN ASTERICK!!!

Wahhhhh won me to call the wahhhhhhmbulance?

The athletic director at UF should recognize that the focus should be on training college swimmers. Not foreign swimmers that never attended UF.

The athletic director at UF is one of if not the best in the business. I’m pretty sure he has a good handle on what he’s doing at this point as he’s been the AD since 1992.

Mike Cavics thought that he had no chance of making the olympic team because of Phelps and Crocker, so he swim for his parents home country. That probably was true in 2004 and he still did it in 2008 and the last olympics since he was the only swimmer of worth for Serbia. Cavics parents were first generation Serbians and a rarely to the placed he grew up in California which doesn’t get the Eastern European immirgants like cities do back east. So few Serbs to hang out with growing up.

What goggles are those?