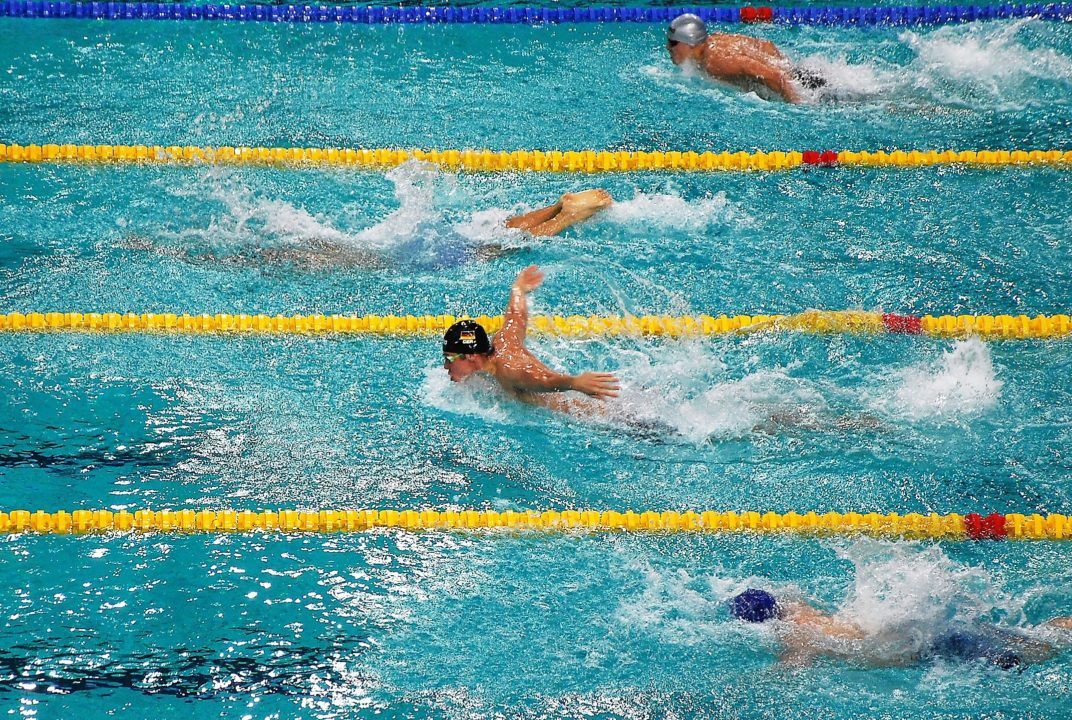 David Thomasberger knocked a quarter-of-a-second off the old 200 fly record on Saturday in Heidelberg, Germany at a major Olympic qualification event. Archive photo via Daniela Kapser

From April 1st to April 18th, German swimmers have the final opportunity to qualify for the Olympic Games in Tokyo. The event in Heidelberg today and tomorrow is the first FINA approved competition for the German swimmers to crack the required German Olympic standards. The other chances to grab a ticket to Tokyo are in Magdeburg on April 10/11, Berlin from April 16 to 18 and Dortmund from April 17/18.

David Thomasberger broke the German record in the men’s 200m butterfly prelims on Saturday morning. He clocked a 1:55.51 to shave 0.25 seconds off the former record and 0.53 seconds off his old personal best time. Former German record holder Ramon Klenz came in second with a time of 2:02.97: well shy of his best time. Thomasberger clearly cracked the German Olympic qualification standard of 1:56.30.

He now ranked fifth in the World Rankings this season.

The last month has seen a return to form for Schwingenschloegl. Previously, his only time under 1 minute was from 2018, and now he’s gone under twice in the last two weeks (along with a 59.91 in Zurich on March 21).

“and is a former NCAA Division I finalist in the 100 yard breaststroke.”

He won the event in 2016. Dude’s not just a finalist, he’s a Division I Champion.

He cracked 59 for the first time in finals en route to a new German Record of 58.95. Good stuff there!