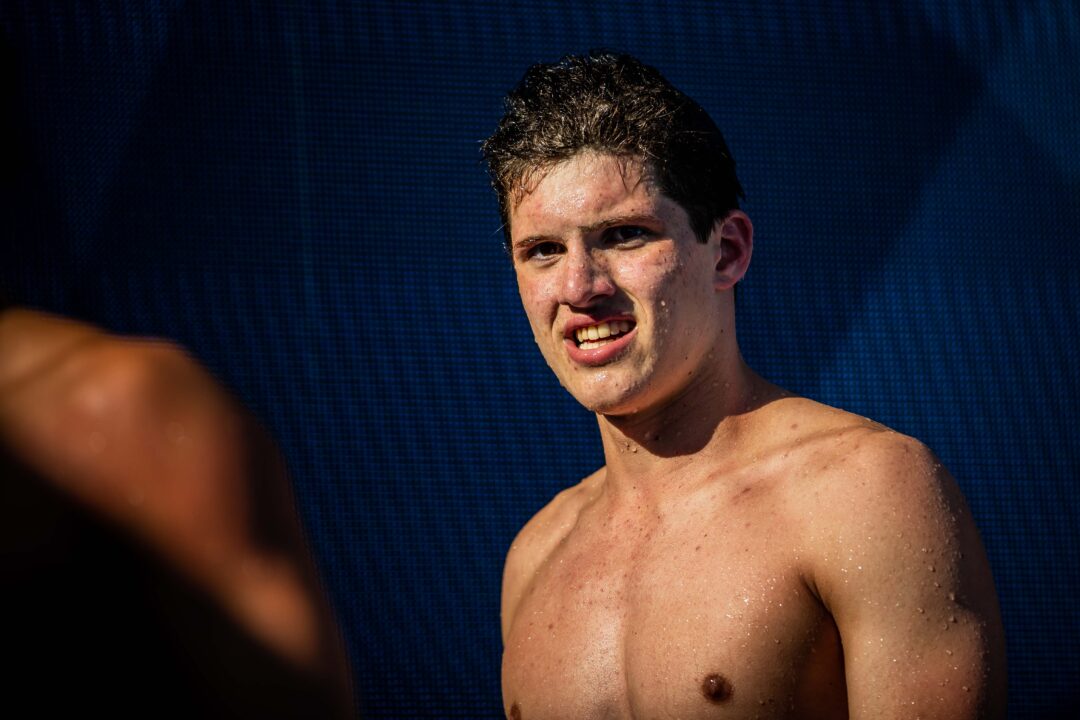 15-year-old Thomas Heilman swam just one session at the YOTA Capital Classic last weekend, but he still managed to come away with a lifetime best. Archive photo via Jack Spitser/Spitser Photography

15-year-old age group star Thomas Heilman of Cavalier Aquatics swam just one session of the North Carolina Capital Classic last weekend, but he made that one session count.

That time would make him one of the better breaststroke recruits in the high school class of 2025, and it’s arguably not even one of his 10 best events.

Heilman was one of a number of Winter Juniors qualifiers from Cavalier Aquatics who made the three-and-a-half hour drive (each way) from Charlottesville for one session of racing. Cavalier Aquatics, via its merger with the Piedmont Family YMCA team, is a YMCA club.

Heilman wasn’t the only young star performer of the meet. 16-year old Owen Nye of the Greensboro YMCA swam new personal best times in all five of his individual events, including wins in the 500, 1000, and 1650 freestyles.

Nye, an uncommitted high school junior, is not currently entered in the Winter Junior Championships – East meet in his home pool in Greensboro. His five second drop this weekend in the 500 free does qualify him for the meet, though. He also dropped four seconds in the 1000 free and nine seconds in the mile. That gives him bonus standards in both events.

Greensboro’s Reina Liu was the top performer on the girls’ side of the meet, winning a whopping 7 individual gold medals in 7 entries. That included best times in all 7 events.

That included a number of head-to-head battles with Eva Beekman from the Northwest North Carolina YMCA Riptyde, who picked up a number of personal best times and two wins of her own.

They were two of just four girls who won races at the meet. That includes four victories from York’s Emily Way. She posted a new best time of 49.81 in the 100 free, which shaved .01 seconds off her previous best time from this meet last year. She also won the 200 free (1:48.89) in a personal best.

I wonder how well he fits in to the breaststroke class of 2018.

This kid is unreal! or should I say young man!

i just spoke to Thomas Heilman

He told be he wants to join a particular school with the following qualifications: