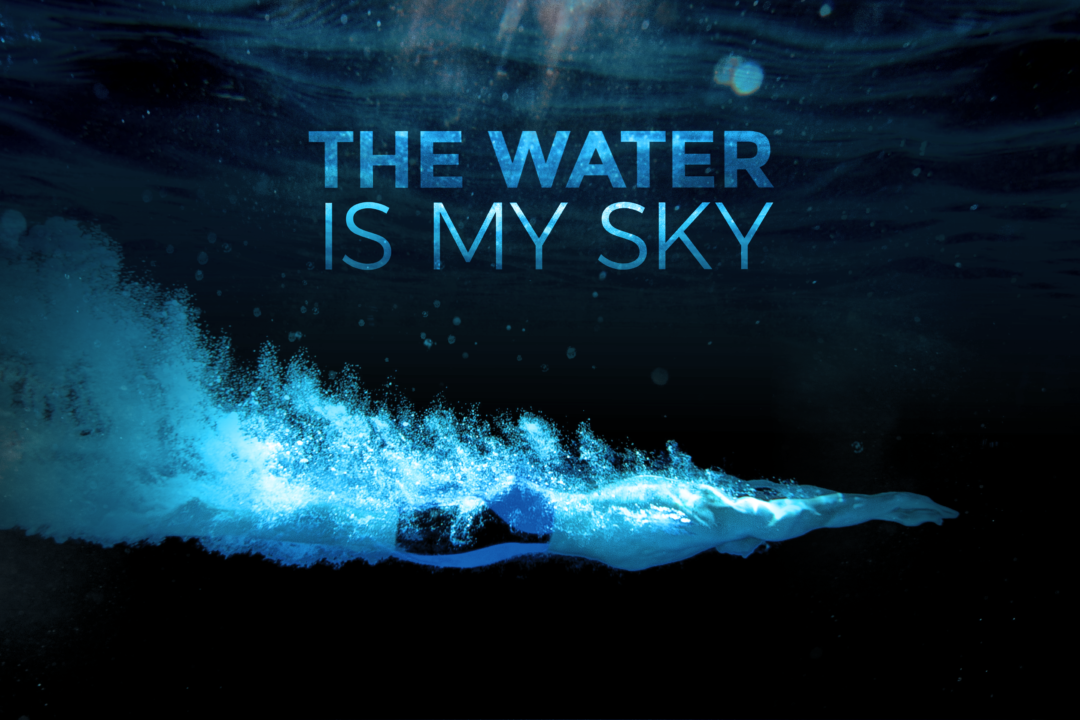 The swimming documentary that has been in production for eight years has announced an expected release date of Spring 2021. Current photo via Brian Tremml

A documentary eight years in the making, The Water Is My Sky released its official teaser trailer on Tuesday, announcing an anticipated release date of Spring 2021.

“As they endure heartbreaking setbacks and soaring triumphs, each swimmer grapples with the underlying meaning behind their pursuit, revealing the true spirit of ordinary individuals chasing extraordinary dreams,” says the film’s press release announcing the trailer.

“The film features Olympian Tom Wilkens, whose improbable rise to the international spotlight in the late 1990’s serves as the centerpiece of the film’s narrative,” the release continues. “Fellow Olympian Connor Jaeger is also featured, as well as former collegiate standout Taylor Garcia. Collectively, the film paints a picture of elite competitive swimming rarely seen on the big screen, shining a light on both the devastating heartaches and joyous achievements commonly encountered by swimmers around the world.”

Wilkens won an Olympic bronze medal in the men’s 200 IM in Sydney, while Jaeger is a two-time U.S. Olympian, winning silver in the men’s 1500 freestyle in Rio. Garcia, a multi-time NCAA All-American with both Arizona and Michigan, competed at two U.S. Olympic Trials meets, including advancing to the 2016 semi-finals in the women’s 100 backstroke.

Director Brian Tremml adds: “I could not be more excited to share the news of our upcoming release with the swimming community. We began working on this project nearly eight years ago, and we have been embraced by swimming fans around the world as they patiently awaited its completion.

“While we are still finalizing exactly how and when the film will be available, we wanted to make the announcement now in order to give our fans in the swimming community something to look forward to in the months ahead.”

You can watch the trailer via the film’s YouTube channel below:

Looking forward to watching this

Looking forward to this generation learning about Wilkens (if they don’t already). He is a great reminder of how the combination of hard work and a “stop at nothing” attitude, can bring anyone to the highest levels.