The State of Drowning Prevention in September, 2012 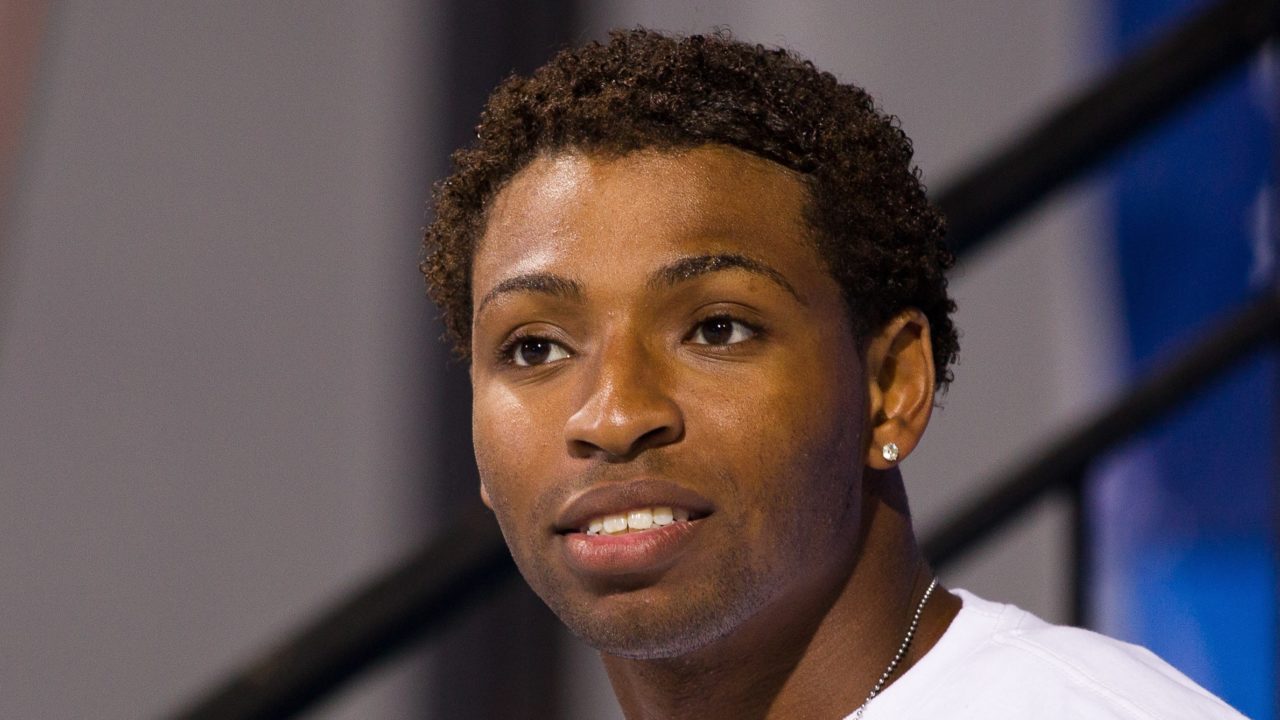 Cullen Jones has been the figurehead for the drowning prevention program in the United States. (Photo Courtesy: ©Tim Binning/TheSwimPictures.com)

This fantastic article about the status of drowning prevention in the United States and Worldwide was written by Nate Tschohl from SwimNerd.com.

The following statistics were compiled from a number of sources including the USA Swimming Foundation, International Water Safety Day, the Center for Disease Control & Prevention, and theInternational Life Saving Federation.

The only bright side of this statistic is that drowning is one of the most preventable causes of death in the world.

USA Swimming has dedicated much time and effort in promoting this fight through its Swimming Foundation, the Make a Splash tour, and its Swim Today program.

That breaks down to 1,063 people per day.  Or, 44 people per hour.  By the time you finish reading this, someone has certainly lost their life due to drowning.  This continues to make drowning awareness programs and supporting grassroots efforts for swimming lessons across the world a necessity.

The percentage of minority children is most alarming, but if you look at swimming’s history, should it be that surprising?  There have only been 4 individuals of African descent, in the entire history of USA Swimming, to compete in the Olympics.  They include Anthony Ervin, Cullen Jones, Maritza Correia, andLia Neal.  Positively, though, all of them competed in an Olympiad within the last 12 years.  That shows growth.

Each of these four people are amazing role models that have all contributed in their own ways:

–       Anthony taught lessons with Imagine Swimming, a swim school in New York City.  He sold his Olympic Gold Medal on eBay for $17,101—which he donated to the 2004 tsunami relief effort.  And, he is currently a coach for the Oakland Undercurrent, whose Mission is to provide affordable, community-driven, swim programs to local youth.

–       Cullen is the face and driving force behind the annual Make a Splash tour.  He has travels all over the country, gives motivational talks to hundreds of thousands of youth about the importance of learning to swim, and provides in-the-water instruction.

–       Martiza works for Nike Swim and manages their Grassroots team.  She has also appeared many times at Make a Splash events and is a tremendous promoter of USA Swimming’s Swim Today program.

–       Lia, only 17 years old, is making a difference, too.  We have Maritza to thank for that, as Lia has stated that she has been her inspiration, her role model.  Her club team, Asphalt Green in Brooklyn, has a free swim instruction program called Waterproofing.  And, Twelve Bar Co. has created t-shirts that read “Swim Brooklyn” in her honor.  All proceeds go to the USA Swimming Foundation.

Hispanic children are also at grave risk.  With the exception of Pablo Morales (who is Cuban), men and women of Latino/Hispanic descent have not been prevalent in American swimming.  And, if you look at Mexico and Spain’s Olympic swimming history…Mexico has only 2 swimming medals while Spain has only 6 (shout out to Sergio Lopez).

–       Participation in formal swim lessons can reduce the likelihood of childhood drowning by 88%.

This is an amazing ray of hope considering the number of local pools in cities and states across the country that usually offer swim lessons every summer.  Accessibility and awareness are pertinent to prevent drowning.

Maybe I’m biased because Shaun is a close, personal friend of mine; we coached together at Old Dominion University and Tidewater Aquatic Club for several years.  You will never meet someone more passionate about drowning awareness than him.  Let me start from the beginning…

In 2007, while attending a Diversity Summit sponsored by USA Swimming, he watched this video.  He was so moved by Wanda Butts’ efforts that he asked if he could form a satellite site of her organization, The Josh Project, at his pool at Norfolk State University.  Shaun changed the name of his already existing swim lesson program, put flyers up all over Norfolk, and began teaching on Mondays at 6PM.  It grew so fast he was forced to create a waiting list.  The need for coaches grew.  We coordinated ODU swimmers to volunteer their time and expertise after their own afternoon practices.

From there, he co developed Diversity in Aquatics; an online “network to help save lives”.  I also have to give much needed and much deserved praise to co developer, Jayson Jackson, who is the man behind the curtain.

As Shaun told me, “He was on board Day 1.  He didn’t even swim; we were on the track team together.  Coming from a non-swimming background he sees where the aquatics industry has made its faults.  He has been essential to everything we’ve accomplished.  He is the program.”

In 2009, USA Swimming offered him a job as a Diversity Consultant.

In 2010, Newsweek’s Kate Dailey (@KateDailey) wrote a fantastic article titled, Swimming Against the Tide, that helped put Diversity in Aquatics in the limelight.

In 2011, Shaun and Diversity in Aquatics became part of the permanent United State Congressional Record.  “A multi-tasking role model and advocate who carries a life-saving message and the imperative of diversity into regions and disciplines never before imagined …” That’s how Shaun was described byCongressman Chaka Fattah.

In 2012, Shaun and Jayson co developed International Water Safety Day (May 15th).  It is “designed to educate the youth in becoming safe in and around the water while spreading global awareness of the ongoing drowning pandemic.”  And, just recently, the National Association of State Boards of Educationsent out a letter stating that the NASBE, “enthusiastically supports this initiative, and we hope that your state will join us and others around the country in helping to reduce the unintentional drowning rate among school-age children.”

What can WE do to help?

Experienced swimmers of appropriate age can volunteer their skills to local pools and summer camps to teach basic swimming skills to children.  Community efforts can be very strong in promoting swim lessons.

Why not require swimming as a part of Health education in public schools again?  If schools combined with local pools to host a week or two-week long unit on swimming and basic water safety, it would be possible to reach larger numbers, particularly children who would most likely never have that opportunity, thus decreasing the number of drowning deaths over time.  Coincidentally, it seems that parts of Washington State are adopting the idea already.

Lastly, if you are reading this, you most likely swim, swam, coach, or coached.

I urge you to print a copy of this letter and ask your local elementary school if you can deliver a speech about drowning awareness and water safety on Wednesday, May 15, 2013.  Make it your own.

“I hope someday everyone will celebrate it and no one will know where, how, or who started it.  It’s just something that we do.”

Thank You for helping us to spread the word on water Safety, I am on the State Board
of florida swimming pool assocation this year i am the new chair for saftey, I spend alot of time going to where kids are to speak to them and the parents about pool and water safety, And learning to swim, We donate swim lessons to local children every year, We would like to join your efforts in may for saftey days, I feel we need more serious commercials about water saftey
we only get the news after the fact:(( Ive been in the pool business 32 years and i see so many
children that never get an opportunity to… Read more »

Thank you Cullen, Rowdy,Debbie and the folks at Phillips 66 for visiting the pool in Salinas. Kids on the east side rarely get an opportunity to meet extraordinary people and your sincerity was felt in your message. Your visit inspired our Hispanic community to learn to swim. 6 out of 10 Hispanics do not know how to swim. No child should drown because they could not afford or did not have access to learn water safety through swim lessons. We are dedicated to changing the statistics in Salinas and thank you so very much for your help. It meant the world to the kids. Keep on inspiring and sending the message loud and clear. You are saving lives.

Thanks for the good writeup. It in fact was a amusement account it. Glance complex to more added agreeable from you! By the way, how can we keep up a correspondence?

Thanks a lot for sharing this article!