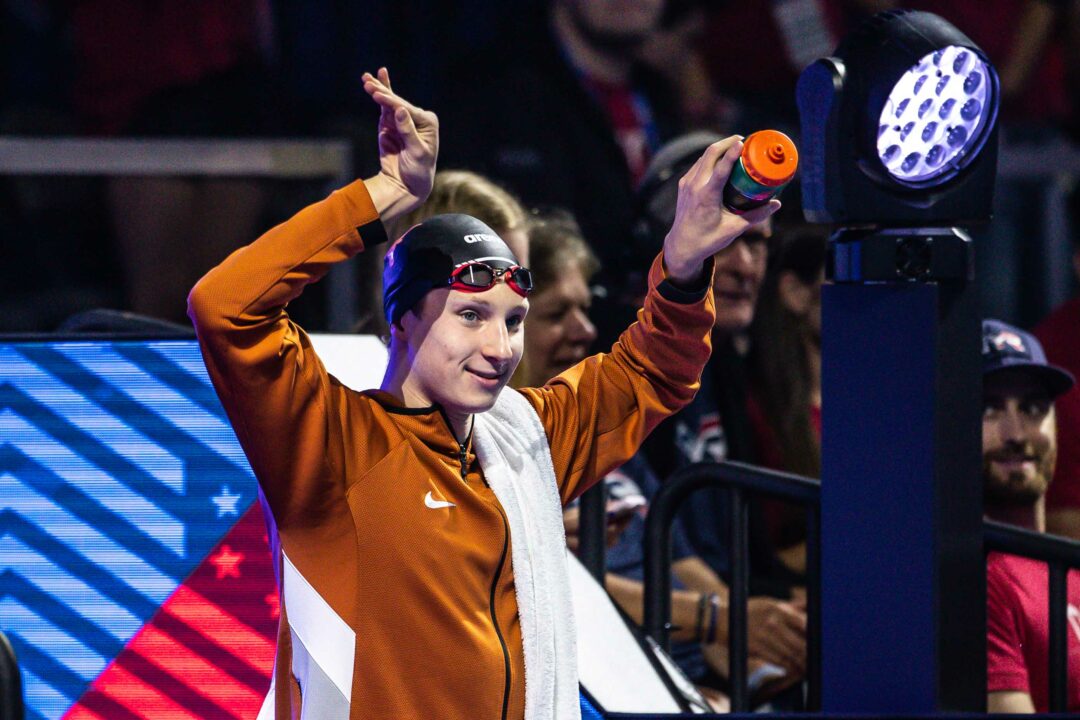 Texas sophomore David Johnston, who finished 7th at NCAAs last season in the mile, now ranks #2 in the country in that event. Archive photo via Jack Spitser/Spitser Photography

University of Texas sophomore David Johnston closed the 2022 American Short Course Championships with a new lifetime best of 14:32.40 in the 1650 free.

That jumps him to 2nd in the NCAA this season. While his 14:45 from the Big 12 Championships already had him qualified for the meet, that drop will move him into the fastest heat of the timed final event at the NCAA Championships. He’s also now in the top 25 in NCAA history in the event.

Johnston swam 14:40.13 at last year’s NCAA Championships, which earned him a 7th-place finish.

His was one of just a small handful of swims that impacted NCAA qualifying from this year’s Short Course Championships.

Historically, between 26-30 individual swimmers are invited to the men’s NCAA Division I Championships in each event.

Other Potential or Probable NCAA Qualifiers:

So your many dudes does UT have q’d?

Hasn’t been a ton of last chance activity this week.

So with divers they need to leave guys at home.

Okay but what about sussyswimnews poster boy Charles Crosby?

Ummm, may want to fix the title