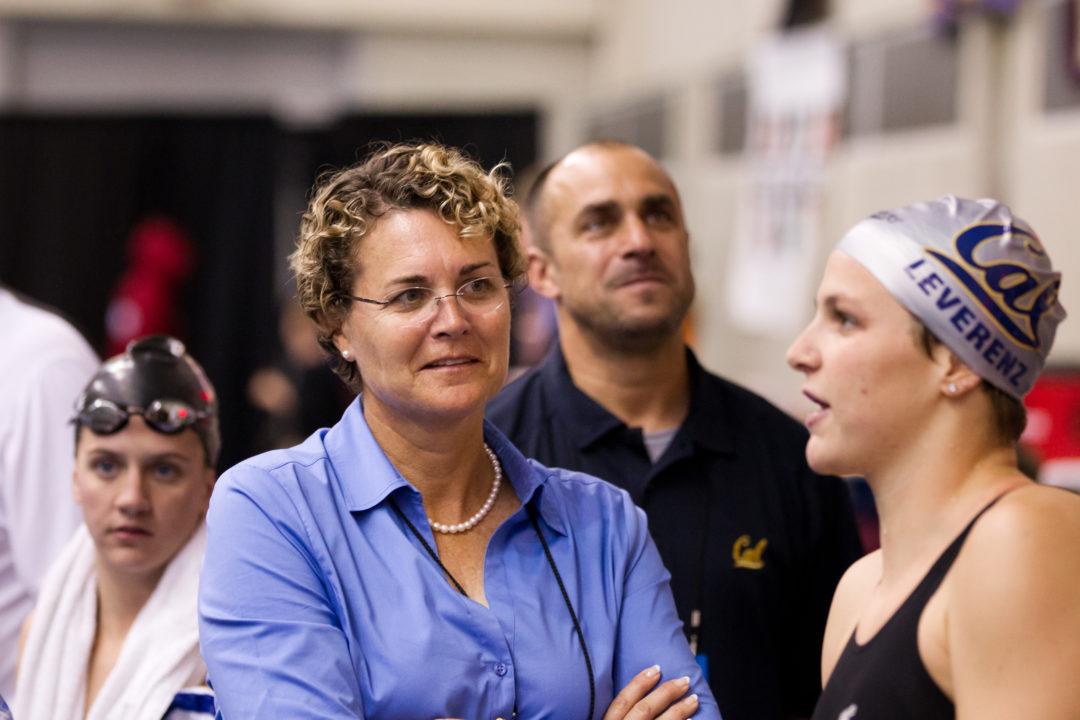 Cal women’s head swim coach Teri McKeever and 8-time Cal men’s NCAA swimming champion Duje Draganja are 2 of 10 individuals who will be inducted into the Cal Athletic Hall of Fame class of 2018. This is the 33rd induction class, and they will be formally enshrined later this fall at the Greek Orthodox Church Conference Center in Oakland.

McKeever has been the head women’s swimming & diving coach since 1992 and has led the team to 4 NCAA team championships (2009, 2011, 2012, 2014) and are currently on a streak of 10 consecutive top-3 NCAA Championship finishes. McKeever was also the head U.S. Olympic Women’s team coach at the 2012 Olympic Games in London.

McKeever is also a 7-time Pac-12 Coach of the Year, has coached 8 National Swimmers of the Year, and has coached 26 Olympians that have won 36 medals. The Golden Bears have won 61 event national titles in McKeever’s 26 seasons.

Draganja has Olympic credentials of his own: he’s represented his native Croatia at the Games 3 times, and won a silver medal in the 50 free in Athens in 2004.

The new honorees will also be honored on the field during Cal’s October 27th football game vs. Washington. The new class brings the total number of inductees to 307 individuals and 6 rowing teams.

Four national championships, any university in the country would would induct anyone with that on their resume. So why the hmmm?

Congrats, Coach! Thanks for all you do and your dedication to our sport.

So well deserved Teri! There will be other swim Bears knocking on the door to the Hall of Fame with people like Ryan Murphy, Kathleen Baker, Abbey Weitzell, Andrew Seliskar, Missy Franklin, Josh Prenot, Jacob Pebley, and many others.