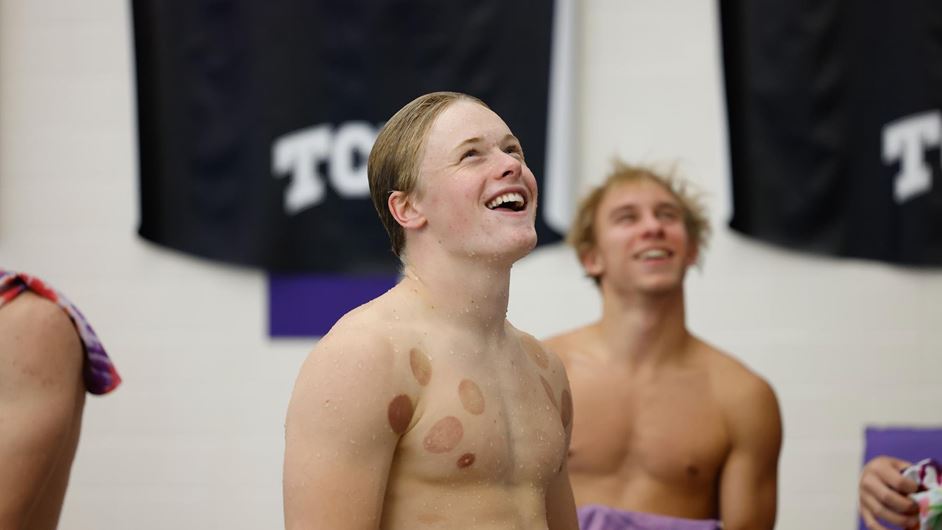 The event will take place in Kyiv, Ukraine from Dec. 2-9. Ekdahl will dive four of those days as he will compete in the Mixed Team Event, the Boys A 1-meter, Boys A 3-meter and the Boys A/B Synchro 3-meter.

Ekdahl earned a spot at the Championships based on his performances this season at TCU, as well as the dive lists that he’s been training with. In the first meet of the season, Ekdahl placed first and broke the school record on 1-meter with a score of 363.97 against Incarnate Word. That same meet, he also won on 3-meter and is now No. 3 all-time in TCU history with a score of 370.72.

The Malmö, Sweden native has notched seven NCAA Zone cuts this season, with four cuts being on 3-meter and three cuts on 1-meter. He also earned Big 12 Diver of the Week honors twice (Oct. 6, Nov. 3) and Big 12 Newcomer of the Week on Oct. 6.

No stranger to international competition, Ekdahl competed at the 2021 European Diving Championships and finished sixth in 3-meter Mixed Synchro. He was the Swedish Junior National Champion on 1-meter, 3-meter and 3-meter synchro for the years 2019 and 2020. He is a Swedish National Team member.