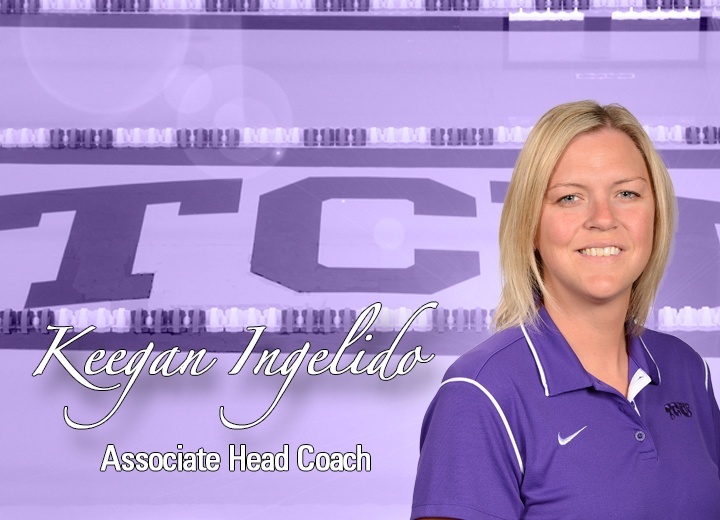 “Keegan has done a great job coaching our team and she is a vital part of our success at TCU,” head coach Richard Sybesma said. “I am proud of her commitment to our program and the associate head coach title is well-deserved.”

Ingelido’s primary functions has been working with the backstroke and distance groups, meaning that she spent a significant amount of time working with 2014 NCAA qualifier and 2013 Big 12 200 backstroke champion Cooper Robinson.

“I’m honored to be promoted to associate head coach,” Ingelido said. “I’ve had the privilege to see where TCU has gotten in the past seven years and I’m excited for the future of our program.”

Ingelido swam at Georgia from 1998-2001 and was a part of a run of three NCAA titles in four seasons. That included swimming the fly leg on Georgia’s medley relay in 2000 that set a short course meters World Record.

This is a voice from your past Keegan. Congratulations on your promotion. Jenny sent this me last night….so glad to know how well you are doing…you guys were an awesome group for Jenny to grow up with… And a lot of fun to watch…. Love mrs simmons

Congratulations Keegan…..so proud and happy for you……