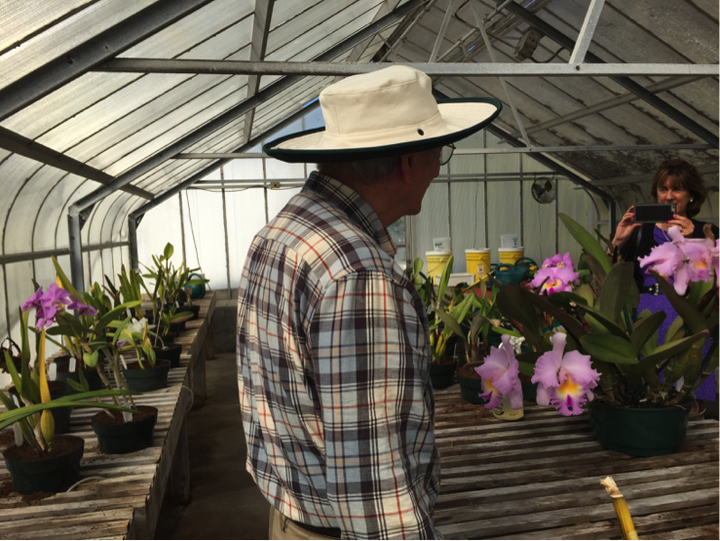 “If you are going through hell, keep going.”
— Winston Churchill

Jerry Rodder in his formal attire for his piano recital. Photo: Mike Mulkey.

I was at Trader Joe’s when a fellow Mountain View Masters (MVM) swimmer dropped in on my cash register and blurted out,

“Hi Mike, did you know that Jerry passed away on Father’s Day?”

This confused me, as I was having trouble figuring out who she was with all the coverings on (I don’t recognize swimmers with their clothes on!). My dad (Kona Jack) had also died on Father’s Day …
As I began to scan her groceries I shot back,

By the time all was paid and bagged I realized it was our dear friend Jerry Rodder. There was no funeral or obituary or much of any swimming going on, so word did not really get out. Jerry’s departure hit me hard. He was an amazing man who had a sense of humor about life I am really going to miss. He reminded me a great deal of my dad. They both loved Trader Joe’s.

Jerry and his wife Jill were part of a 5am swimming group I somehow brushed shoulders with for ten or so years at Eagle Park pool (note, they were waiting at the gate at 4:45am; even on those icy cold dark mornings of winter). Jerry and Jill had been around MVM forever. They even wrote the original bylaws for MVM, when Jerry told me they would jump the fence and swim 10,000 meters before anyone else arrived. The early bird got the worm in their house.

The early birds outside the gate at Eagle pool (on Jill’s 80th birthday!). Photo: Mike Mulkey

It was always a big motivation for me to get there for the 5am workout knowing Jerry would already be in the pool. Since Jerry was twenty five years my senior, this got my attention. The swim workout at that hour was not my favorite thing. It was hard to get going… But the 6am shower after with Jerry set the tone for a good day.

We took long and leisurely showers after the workout, which Jerry joked that we would drain the city of Mountain View of all their hot water. He would still be showering, as we were shaving and getting dressed for work, walking over to me (dripping wet naked) to tell me that he couldn’t remember the last time he shaved; and that he was going to go home and take a nap.

Each day Jerry would bring a joke to the pool to share among us guys. His jokes were not always clean (most were not) and they definitely were off color at times, but they were always funny. Jerry delivered these jokes as if he were on Broadway, casually pausing to drop the punch line with impeccable timing. He would even bring me a printed copy of “the good ones” so I could send them off to my dad in Hawaii (which I often did – and he loved them!). I had very little in common with Jerry other than our love of swimming, but our morning laughs in the shower were something I cherished.

I never knew much about Jerry’s life until I unexpectedly received an invitation to his home. He had pencil sketched the time and address on a small scrap of paper, handing it to me after our shower. “Come on by” was all he said.

My wife Marla and I had no idea what to expect when we showed up at Jerry and Jill’s house in Los Altos, which was a story in itself. The interior of the house had no walls separating the rooms. What?! It was one big room that was decorated like a museum. The museum pieces were displayed in groups and were quite varied and unique. There was a Swiss army knife that was as tall as me (in the “knives” section); there were out of the ordinary clocks (in the “clocks” section). One wall was adorned with seventeen U.S. Patents with Jerry’s name on them. He never talked about that.

A plaque with a newspaper clipping from the San Jose Mercury News (circa 1964) showed Jerry next to the machine he had invented. I asked him what it was, and he chuckled, telling me that it could measure the weight of a speck of dust to within .0000001% accuracy (or something like that). “Oh”, was the only response I could muster. Needless to say, this was a side of Jerry Rodder I did not know beyond his jokes in the shower.

We wandered outside to Jerry’s expansive vegetable and fruit garden and entered a large greenhouse that was adorned with award-winning Orchids – dozens of them that were stunning in their brilliant colors and ornamental shapes. Jerry explained he competed in local Orchid contests where he often won 1st, 2nd, and 3rd place prizes. He had invented a magic “alcohol-based” fertilizer that caused just about anything to grow to record levels. We had been savoring mouth-watering tomatoes and melons that Jerry brought to the swim club for years, and now I knew why. He joked with me that the Environmental Protection Agency would shut him down if they had any idea what he put in it.

Just as we were getting thirsty for a drink or bite to eat (not a scrap of food or drink was to be found), Jerry told us all to sit down so he could play his piano recital. Huh?

As he sat down at his magnificent Steinway grand piano and played the first set of notes, I instantly knew we were in for a treat. Jerry played variations of Beethoven, Chopin, Tchaikovsky, Mozart and more for 45 minutes straight without reading a note. Marla and I sat in stunned silence as we drank in the wondrous melodies watching his fingers float over the keys. Upon completion, Jill promptly brought out fresh-baked cake along with sweet melons from Jerry’s garden. It was an exquisite unforgettable evening!

Jerry was a very unique and colorful individual who covered more ground in a lifetime than a Winston Churchill memoir. He was a husband, father, grandfather, scientist, inventor, chemist, horticulturist, swimmer, concert pianist, and comedian; and I barely knew him, first meeting him in his late seventies. I believe Jerry was a genius.

The last time I saw Jerry was at his house a few months before the pandemic hit after his 90th birthday. He was no longer swimming and had help at home to keep good food on the table since Jill had departed two years earlier. We had a brief conversation about Trader Joe’s and how he loved going there to do his shopping. I bid him farewell, never thinking that was it.

I miss his jokes and his ability to make fun of whatever and whoever was in the news. Jerry kept his wit right up to the end. He loved swimming. He is the only person I know who could get me laughing at 5am. He loved his music and most of all he loved his wife Jill. It was hard for him when she left first.

The world is a little more serious of a place without Jerry Rodder.

God bless you, my friend!

Mike is a life-long surfer (and swimmer!) who spent 25 years in Silicon Valley as a sales and marketing professional before moving to Trader Joe’s for the final stage of his career. He has a beautiful wife of 29 years and two grown children who also found their way to TJs.

Thank you for that sentimental, heart-felt testimony. What an extraordinary individual. By the time I finished reading this, I felt like a knew the gentleman. Sounds like he was never bored. I love his philosophy that workout should be followed with a long, hot shower. Sure hope there’s an immaculate 50 meter pool in heaven. That and a well-tuned Steinway grand piano!

Beautiful remembrance. May his soul rest in peace!