Swimming Canada has announced their roster for the 2011 Pan Am Games that will take place the third week of... 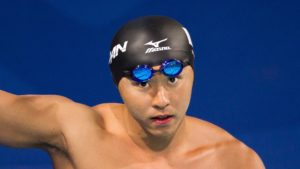 Swimming Canada has announced their roster for the 2011 Pan Am Games that will take place the third week of October. Among the highlights of the team is Indiana Hoosiers sophomore Brenna MacLean and Hanna Pierse, one of five Pierse sisters that includes the eldest, and World Record holder, Annamay Pierse.

OTTAWA – Swimming Canada, the national governing body for competitive swimming in Canada, announced today its roster submitted for nomination to the Canadian Olympic Committee (COC) to represent swimming at the Pan American Games in Guadalajara, Mexico.

The swimming competition for the 2011 edition of the Pan American Games, a multi-sport continental championships scheduled every four years, will take place at the Scotia bank Aquatics Center from 15 to 21 October 2011.

“We are really excited to go into the Pan American Games with a team of young up and comers,” said Pierre Lafontaine, CEO and National Coach for Swimming Canada.

A total of 256 athletes will compete in the pool events, while 38 will take part in the Open Water 10k event at the API Maritime Terminal.

At the previous Pan Ams in Rio de Janeiro in 2007, ten swimmers  (6 men – 4 women) who competed for Canada at these Games later qualified for the Beijing Olympic Games.  In Rio, Canada collected a total of 17 medals, 1 gold, 5 silver, and 11 bronze, placing third overall behind Brazil (2nd) and the United States (1st).

“For us, the Pan Ams are another great competitive opportunity for our swimmers.  We’ve had a successful summer with teams competing at the World Championships, the World Junior Championships and the Universiade.  We want to build on those successes as we head in to the Olympic year.”

The Pan American Games sports program features the 28 sports that are competed at the Summer Olympic Games plus additional disciplines that the host country and the International Federations put forward.

Canadian Roster for Swimming at the 2011 Pan American Games:

The above is a press release, posted in its entirety, that is unedited.