Swimming Australia Chief Baumann Steps Down Due To Health Reasons 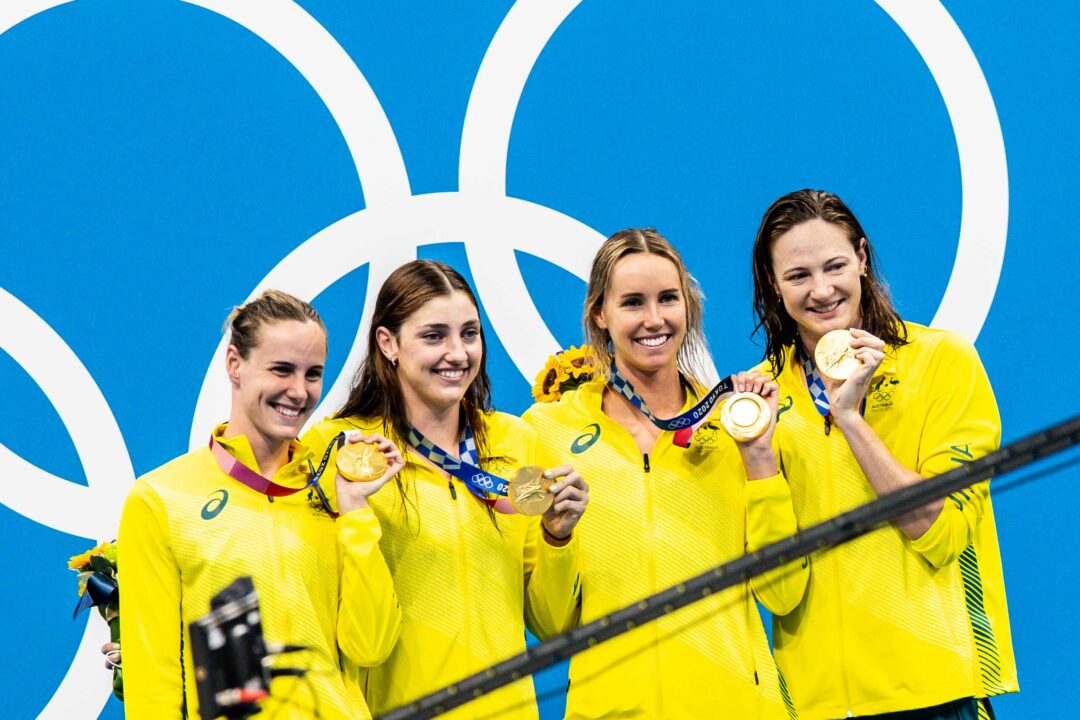 Just months after having been appointed Chief Executive of Swimming Australia, Alex Baumann has announced he will be leaving the post due to health reasons.  Archive photo via Jack Spitser/Spitser Photography

Just a handful of months after having been appointed Chief Executive of Swimming Australia, Alex Baumann has announced he will be leaving the post due to health reasons.

“As a two-time cancer survivor, I appreciate how important health and family are. I’ve been so pleased with the performance of our Olympians and excited for our para-swimmers who depart for Tokyo next week. I recognise the timing is difficult but I know I must take this time for myself and my family now,” Baumann said.

Baumann’s departure comes on the heels of the nation’s best-ever swimming team performance at an Olympic Games. The squad scored 9 gold medals which surpassed its count from the previous most successful Games of Melbourne in 1956.

“I’m proud of my contribution to swimming. My time at Swimming Australia, including the results at the Tokyo Olympics, will forever be a career highlight,” said Baumann

Baumann moved into the chief role this past spring, replacing Leigh Russell. At the time, Baumann had already been serving as the leader of the high-performance arm of Swimming Australia as the organization’s Chief Strategist, a position he’s held since 2017. He was also the former Executive Director for the Queensland Academy of sport and CEO of Queensland Swimming.

Baumann also served as Chief Executive of High-Performance Sport New Zealand and is credited with helping the nation achieve 18 medals in Rio, its best Olympic performance ever.

Swimming Australia President Kieren Perkins said of Baumann’s stepping down, “Alex has been integral to our success from his experience in high performance as well as his leadership within our organization.

“We’re sad to see Alex go. This is a great loss for our sport, but we understand his reasons for leaving and thank him for everything he has done at Swimming Australia. We understand health is more important than anything else. We wish him and his family all the best for the future.

The Swimming Australia Board will be appointing an interim CEO as it begins the recruitment process.

I hope it is something that can be overcome. Alex isn’t just a legendary swimmer, he has always been a decent, classy guy. I found him an inspiration many many years ago; he sure was patient and nice to little kids who approached him on pool deck. Get well man!

It’s a bit strange his departure and the timing of it .. wonder what’s really going on behind the scenes

I don’t think we should speculate. Health reasons – enough said. I doubt there is subterfuge. Australia just had some great results so I dont think he was pushed.

absolutely, claiming health reasons when he’s been hit with cancer twice before is perfectly within reason

Agreed. The man is a legend and deserves his privacy.

I just question the fact that there seems to be a high turnover of top rank positions within Swimming Australia lately .. added to the fact that Maddie Groves had recent rants on social media so I hope it has nothing to do with that .. like I said the timing just seems a bit strange given how well respected he is in Australia

More likely it is the end of a quad (quint? In this case) and the beginning of a new quad (tri?) . It is a natural time to step down if he was going to.

Fast becoming a legend in Australia as well.
Wish him well in his health battles.