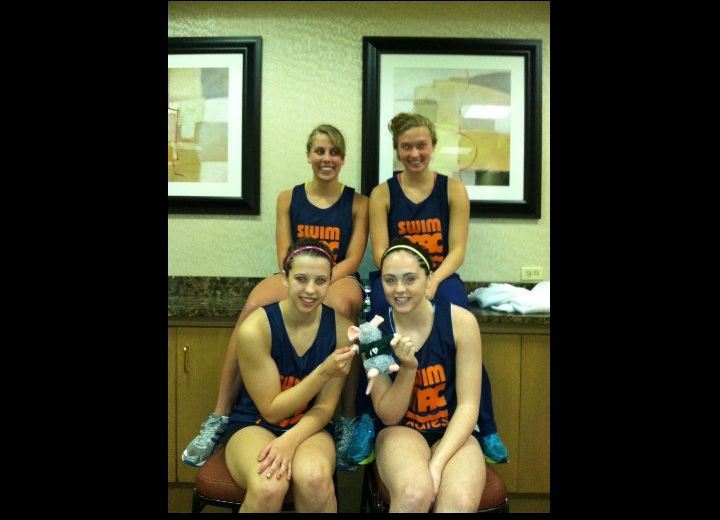 Having received her “likely letter” from Princeton University, SwimMAC Carolina’s Elsa Welshofer has verbally committed to the Tigers, on presumption of the successful completion of the admissions process (the Ivy League commitment process is a bit different from the rest of the country).

Welshofer was a part of the incredible 2012-2013 National Age Group Record relay run for SwimMAC Carolina in Charlotte. She swam the butterfly leg on the 400 yard medley relay that holds the 15-16 and 15-18 records, and was also part of the 800 free relay that broke the same records in meters.

This was not exactly a huge area of need for the Tigers, but it should continue to contribute to their general dominance of the Ivy League in this stroke. They had 5 of the 9 best 100 yard butterfliers in the conference last year, and among those five, three were freshmen and just one a senior.

Where she is more likely to contribute immediately in terms of relays would be in the 800 free relay. She’s been 1:49.81 in the 200; though on paper, Harvard should have had Princeton out-manned in this relay at the Ivy League Championships last season, the Tigers took home a surprisingly-comfortable two second victory.

Welshofer swims scholastically for the powerful Charlotte Catholic dynasty that has won 12-straight North Carolina 3A State Championships; as a junior, she set the division record in a 54.6.

She has also been a 1:00.5 in long course meters, done at the 2013 Junior National Championships.

Watch out for Ms. Welshofer in the 500 as well. She would be very competitive in the Ivy League conference in that event.

I find it interesting how you post as friends/fans/family about another swimmer’s college selection in a thread of a featured swimmer when you should email the website and request/submit an article for that swimmer you are friends/fans/family of. Unless of course you have already…

Understand concern that Old swimmer comment might be detracting from publicity/kudos for Princeton recruit, but I am with Old swimmer on the comment because the Swim Swam article specifically notes the competition in women’s swimming between Princeton and Harvard. Princeton recruit will swim against Harvard recruit in the fly events, and possibly match up in medley relay or free relay. I found the comment helpful.

Comments are free, featured articles have to get approved (and written).

Swimswam is so popular because it provides context and discussion. More of either is better. There are other sites to just aggregate press releases.