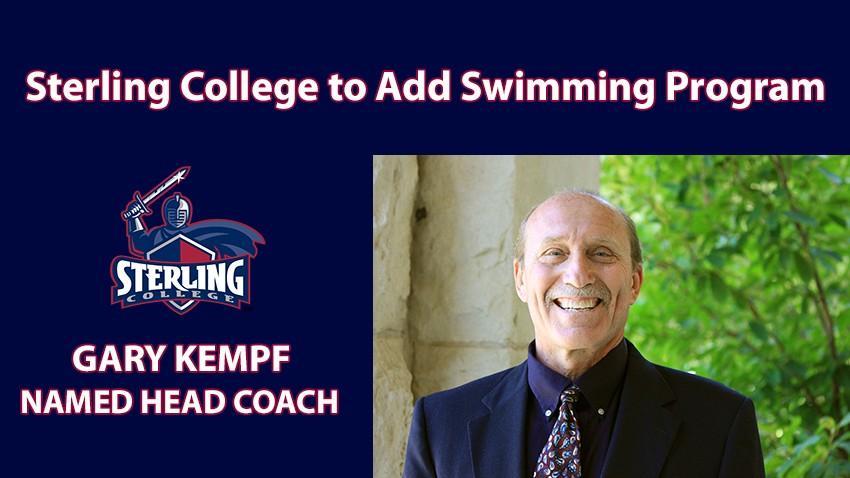 Gary Kempf, the 1983 NCAA Coach of the Year, has been named the head coach of the new program. Current photo via Sterling College Athletics

Sterling College, an NAIA school in Sterling, Kansas with 704 students, has announced the addition of men’s and women’s swimming, beginning in the 2019-2020 academic year. Simultaneously with their announcement of the new program, the school named Gary Kempf as the program’s head coach. Kempf is currently the school’s athletic director, a role he will serve in through December 2018.

“We are so excited to add these swimming programs to Warrior Athletics at Sterling College,” said Dr. Scott Rich, the president of Sterling College. “We are also pleased to have a coach of Gary’s demonstrated success, character and experience, and who is respected and known nationwide. Gary has done a tremendous job in leading our athletic department and we look forward to his leadership in our new swimming programs.”

His time at Kansas ended after the KU student paper reported that “psychological abuse” and “breaking NCAA training rules” had caused the departure of 40 student-athletes and 10 assistant coaches in 5 years. Other members of the team disputed those claims.

After Kansas, he became assistant coach and athletic director at Asbury University where his wife Dorothy was the head coach from 2006-2011. Dorothy was named the NAIA Women’s Swimming Coach of the Year in 2008, and coach 3 NAIA National Champions in her time there.

“I am so blessed to return to the sport that I love and continue my lifelong desire to minister to student-athletes through the sport of swimming alongside my wife, Dorothy,” said Kempf.

The team will compete in the newly-renovated pool at the Gleason Physical Education Center, which houses a 6-lane, 25-yard pool.

It’s great to see that you will be back on the pool deck!

I thought the Title meant the one in Scotland, and I thought “man, they’re gonna be great with all those World Record Holders to train with!”

So did Kansas ever actually investigate whether there were NCAA violations? Whether 40 student-athletes actually left and ten assistants in five years? Especially the second two would seem to be easy to determine the veracity of. This is not gray area stuff- either it happened or it didn’t.

Well, he’s a man, so obviously he did it. Amiright?

Not only a man, but a WHITE MAN.

Nowhere in the article does it say that Gary Kempf identifies with being a white male.

Go Gary! Will be good to have you on the deck again.

Back on the pool deck where you belong!
Great news for Sterling and Midwest swimmers!!

Congrats Gary! What a great coach!