Stars Ready To Battle It Out In Tokyo: FINA Press Conference 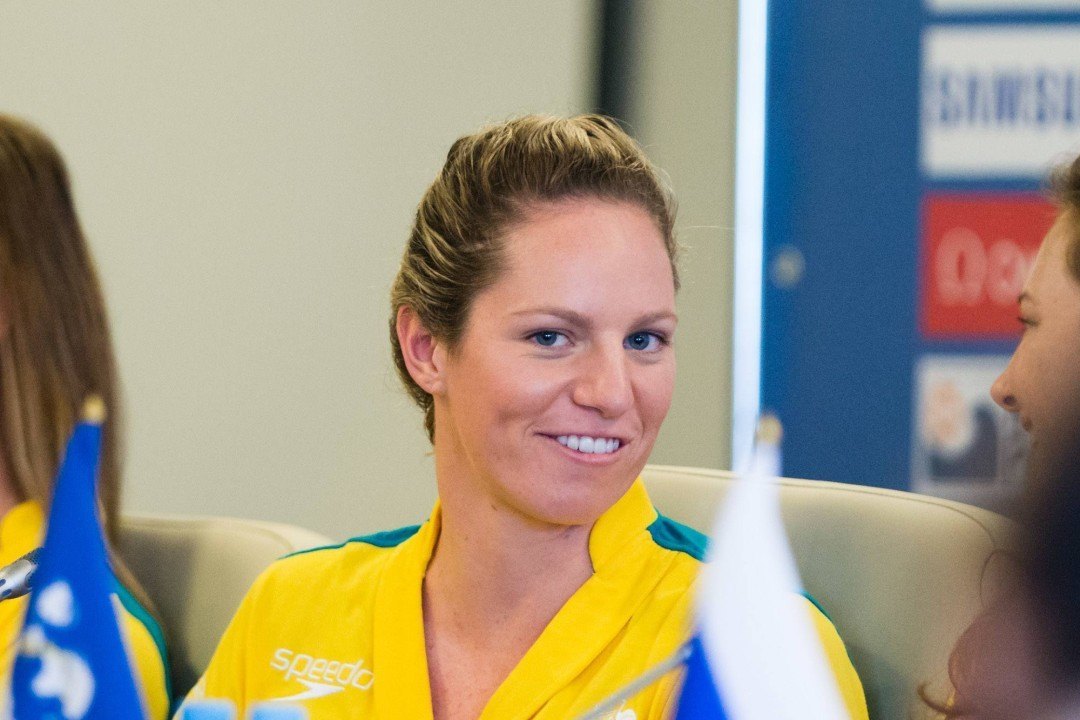 The Tokyo stop of the 2015 FINA World Cup is slated to begin tomorrow, October 28th, with talent-rich line-ups on both the men’s and women’s sides.

Scheduled-to-swim stars, Hungarian Katinka Hosszu, Japanese swimmers Natsumi Hoshi and Kanako Watanabe, Australians Mitch Larkin and Emily Seebohm, Jamaican Alia Atkinson and Swede Jennie Johansson gathered for a press conference on Tuesday of this week, offering us a glimpse into their states of mind and what swim enthusiasts can look forward to over the next two days.

Winner of the World Cup overall women’s title for the last three years in a row, Hosszu is almost un-catchable for the 2015 title as well. Hosszu is the current scm world record holder in the 100m and 200m backstrokes, as well as the 100m IM.  Hosszu produced an eye-catching swim at the 2015 FINA World Championships when she broke the long course 200m IM.

As to what the 26-year-old can attribute her success, she told the press, “For me, being a winner so many times comes from not over-obsessing. I’m not afraid to fail and to challenge myself, to try to push the limits.It’s mostly mental. I don’t think I do anything special to recover physically. It’s more about working hard and being mentally ready for that challenge on your body.”

Hoshi, another major player at this year’s world championships, is ready to take on the FINA World Cup Tokyo field in the 200m butterfly and offers insight as to how she views the final stretch into 2016. “This is the first major event for me since Kazan. I’m treating this event as the start of the Olympic year for Rio,” she said. “There are a lot of star swimmers participating. training and working really hard here, so it might be difficult to get a world record.”

For their part, Larkin and Seebohm are thrilled to be in such a vibrant metropolitan hotspot.  “This is my third time. This is a fantastic city and the people here are fantastic,” said Larkin.”We went out to a lot of temples today and we got to test our luck with fortune papers. Unfortunately we both got bad luck. Hopefully we can change that here and swim well. I know we’re both excited to race here.”